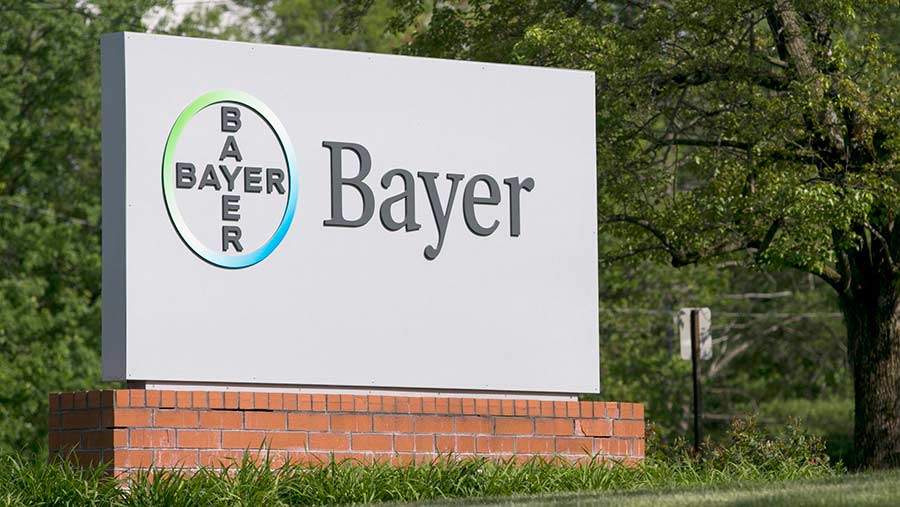 The question of whether bigger is better is one currently taxing the global agriculture industry.

The anticipated merger between Bayer and Monsanto is the latest in an unprecedented wave of mega-mergers along the length of the food supply chain.

It follows hot on the heels of deals earlier this year between Dow and DuPont, and ChemChina and Syngenta.

If the Bayer/Monsanto deal is approved by EU regulators in early 2018, it will mean that in the space of a year the number of global seed and chemical giants operating in the market will fall from six to four.

Five of the six biggest seed and chemical companies in the world will have been involved in the deals and the three new companies that will result will control an estimated 60% of the global seed market and around 70% of the total pesticides market.

Of the ‘big six’ only BASF has chosen, so far, to stay on the sidelines – but it is also expanding.

The company has already taken the opportunity to grow its own operations – hoovering up significant parts of Bayer’s seed and non-selective herbicides business, which Bayer has been forced to jettison in advance of the Monsanto deal.

The companies involved say the mergers will allow them to establish themselves as global leaders in agriculture, with world-class R&D programmes that deliver a pipeline of new technology and solutions.

This, they say, will mean new and improved products for farmers. Bayer and Monsanto suggest this will help “to advance the next generation of farming and to address some of society’s most pressing challenges”.

But not everyone is convinced.

According to a recent report by the International Panel of Experts on Sustainable Food Systems (IPES-Food), the scale of the mergers over recent months leaves the agriculture industry in “unchartered territory”.

It points out that consolidation is not just happening in the seeds and chemicals sector, but at almost every stage of the food supply chain.

The outcome will be bad for farmers and ultimately for consumers, it argues, with growers facing less choice and a risk of price increases because of reduced competition.

In the animal genetics industry, three companies supply more than 90% of breeding stock for broilers, layer hens, turkeys and pigs.

Five companies account for more than half of the farm machinery market and are moving towards ownership of big data and artificial intelligence.

Consolidation is also accelerating at the ‘fork’ end of the chain, with record deals being struck in the food processing sector (Heinz and Kraft Foods) and in retail (Amazon and Whole Foods).

Economies of scale brought about through consolidation are generally considered to lower costs throughout the chain, says the report.

However, to date these supposed efficiencies have not translated into lower input costs or greater choice for farmers, and farmers are being made ever more reliant on a handful of suppliers and buyers, further squeezing their incomes and eroding their ability to choose what to grow, how to grow it and for whom.

What is needed are steps to develop new competition law, along with a UN treaty on competition to deliver transnational oversight of mega-mergers, it concludes.

“Rampant consolidation in the agri-food industry is bad for farmers, whose incomes are squeezed at one end by a handful of input providers and at the other by processing and retail giants with huge bargaining power,” says Olivier De Schutter, IPES-Food co-chair and former UN Special Rapporteur on the right to food.

“It is also bad for society. Once they have cornered the market, mega-firms focus on defending their market share and shaping policies to fit their needs, not on delivering the innovation we need to build sustainable food systems.”

Tim Lang, professor of food policy at City University London’s Centre for Food Policy, says a new phase of corporate consolidation is taking place in agriculture, which is also concentrating enormous power within the retail sector, grain trade and the food service sector.

“We should be concerned about that concentration of power – it is bad for markets and bad for democracy,” he says.

“Ultimately, it means enormous power over the means of existence – food. That has to be commented on and scrutinised.”

“It means enormous power over the means of existence – food. That has to be commented on and scrutinised.” Prof Tim Lang

Dan Crossley, executive director of the UK’s Food Ethics Council, argues that rather than consolidation, there needs to be more diversity and distinctiveness in the agricultural industry.

“Allowing ownership and control of the world’s seeds to fall into fewer and fewer hands is dangerous for the long-term health of farmers and of the planet,” he says. “It locks us into an unappealing vision of food and farming that is all about consolidation, scale and ‘efficiency’.

“Name me a farmer in the UK who wants an unfair share of profits, unfair dealings with those they buy from and sell to – and no freedom to make their own choices. Yet that seems to be the route we’re going down.”

Reduced or better choice for farmers?

Campaigners against the mergers highlight the potential for mega-companies to be able to influence government policy so it favours them commercially.

Rather than encouraging innovation, they suggest deals could actually result in reduced R&D budgets and therefore in less new product development. There are also fears about what greater consolidation will mean for input prices and choice.

But according to Julian Little, head of communications and government affairs for Bayer, the proposed merger with Monsanto should not lead to any reduction in choice for UK farmers.

“Unlike some of the other mergers and acquisitions that have happened recently, the expected takeover of Monsanto by Bayer will result in a merger of very different companies with very different portfolios,” he says.

“And where there is overlap, for example in the UK with Bayer’s InVigor oilseed rape and Monsanto’s DEKALB oilseed rape, we have already announced the transfer of the former to BASF.”

Mr Little also rejects the suggestion that the move will mean less innovation.

“One of the exciting prospects of the proposed takeover of Monsanto by Bayer will be the annual pro-forma R&D budget of approximately €2.5bn (£2.2bn), allowing us to deliver tailor-made solutions for individual farmers.”

While the ELO has concerns about the level of market concentration in the agrochemical sector, it is not as alarmed as the members of the IPES-Food panel, he says.

It also disagrees with one of the complaints of the panel,  which is that the impacts of the mergers are not being scrutinised enough by the regulators.

“Having been personally involved in the approval process of one of these entities, I can tell you that the scrutiny is real and severe,” he says.

Mr De Graeff says in some smaller markets for specialty products there is a risk the mergers mean there will not be the same level of investment in innovation, but the ELO is “assured” that, in the large markets for arable crops, competition will remain healthy.

“We believe agriculture is on the cusp of an extraordinary change due to digital/precision farming, but we do need private companies of sufficient size who can take it to market, as well as start-ups that can create new ideas,” says Mr De Graeff.

Here in the UK, the NFU is taking a ‘wait-and-see approach’, monitoring the situation as it develops.

“We want farmers to have access to the latest technology and to do that there needs to be the investment into R&D and innovation, so we’re watching that closely,” says Tori Morgan, NFU combinable crops adviser.

“Equally, we want to ensure there is enough competition in the marketplace so that products remain available at a realistic and cost-effective price for UK farmers.

“Choice is really important – a product may work on one farm, but it may work differently on another.

View from the USA

A coalition of 210 farm groups in the US has launched its own attack on ‘corporate consolidation’, pointing out a handful of multinationals are controlling the inputs sector and just four meatpackers are dominating the cattle sector.

The coalition fears the changes will lower commodity prices for farmers and wages for farmworkers, push up food prices and limited choice for consumers.

“Corporate consolidation is the worst it has ever been in our nation’s history,” says Roger Johnson, president of the US National Farmers Union.

“If we want a country where family farmers, ranchers and rural residents can enjoy the same economic liberty and prosperity as the rest of the country, we must address this enormous domestic policy threat to the livelihoods of these people.”