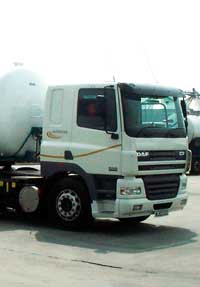 Milk Link has today (9 June) announced a 0.75p/litre increase in the price it will pay its 1600 farmer suppliers from next month.

From 1 July the co-op’s standard litre price for manufacturing milk will rise to 24.5p/litre and liquid milk will be worth 24.72p/litre. There will also be an average 0.5p/litre increase in the price paid to 600 non-member “direct” dairy farmers, most of which supply the Llandyrnog Creamery in north Wales.

“As a farmer-owned co-operative we are absolutely focused on adding value to our members milk, maximising returns from the market and passing this back to members as quickly as possible,” chief executive Neil Kennedy, said.

He insisted the price increase was due to the co-op’s strong financial performance and an upturn in dairy markets, not a knee-jerk reaction to the NFU report published last week that blamed processors for cashing-in on stronger commodity markets.

“The report made some valid points, but a relatively small proportion of UK milk goes into dairy commodities. There is a connection [between commodity prices and farmgate prices] but not an automatic correlation,” he said.

“Our latest price increase reflects a further improvement in our customer and product mix and success in securing improved returns from the market. Demand for British dairy products, and in particular cheese, is strong while at the same time stocks are continuing to tighten.”

Milk Link’s price increase came on the same day it announced a strong set of financial results for the year-ended 3 April.

The co-op grew turnover slightly to £550m and increased earnings before interest, tax, depreciation and amortisation by 1.7% to £29.2m. Pre-tax profit jumped from £0.5m in 2009 to £10.6m, although that was mainly due to £9.6m of “exceptional charges” last year associated with the sale of its Staplemead and Kirkcudbright dairies. Without that profit growth was nearer £0.5m.

Mr Kennedy said the strong performance had come despite extremely difficult trading conditions, especially in the cheese market where imports of cheap cheese combined with “deep and sustained discounting” by major Cheddar brands had eroded value from the market.