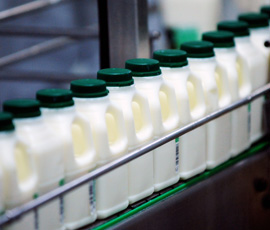 Dairy buyers are meeting farmers amid fears that milk prices are about to be slashed again.

Representatives from processor Robert Wiseman Dairies are due to hold talks with suppliers belonging to the Wiseman Milk Partnership board this week.

It comes amid speculation that farmers on non-aligned contracts supplying major buyers face a 1.5ppl milk price decrease due to come into effect on 1 August.

A Wiseman spokesman confirmed that the company was meeting its farmer suppliers. But he declined to confirm anything  – or rule out anything – with regard to prices.

Rumours of further price cuts refuse to go away, however, even though producers are already suffering a 2ppl reduction that came into force earlier this month.

Some producers are typically receiving 27ppl for milk which costs 30ppl to produce.

“We are picking up messages that people are now looking for price falls,” said NFU dairy board chairman Mansel Raymond. “It is something we have to keep an eye on.

“I am very, very concerned.”

Mr Raymond said he did not want to send a negative message or talk the market down. But buyers must realise that milk supply was falling.

“If they want supply for the winter then they better wake up,” he said.

“The short-sightedness of buyers who believe they want a cut is going to do massive, massive damage to this industry.”

But the notice period that farmers should serve before doing so is proving a sticking point.

NFU president Peter Kendall said: “It would be catastrophic at this time if there were further cuts in milk prices.”

If it happened, Mr Kendall said he hoped Mr Paice would respond with urgency and “push forward action” on the voluntary code of conduct.

“It would be catastrophic if there were further cuts in milk prices.”
Peter Kendall, NFU president

There was genuine frustration that talks to agree the voluntary code were taking so long, said Mr Kendall. Meanwhile, farmers were being driven out of business.

Cheshire dairy farmer Stuart Yarwood said it was “horrendous” to think another milk price cut could be in the pipeline.

“Unfortunately, processors cut the price because they can do. It is as simple as that. What we need is more equity in contracts so we can leave or form producer organisations.”

A code would give farmers greater security at a time when dairy farmers were worried that another cut in the cost of milk could make production unviable, said Mr Farron.

“I have written to the minister to ask him to step in and move the voluntary code of practice forward. Farmers need greater security and I am calling on the government to provide that.

“If these rumours turn out to be true I will support the NFU’s campaign in any way I possibly can.

“Another milk price cut would leave many farmers asking if it is worth continuing. We must do everything we can to protect UK farming, which is so vital to our economy and our country.”