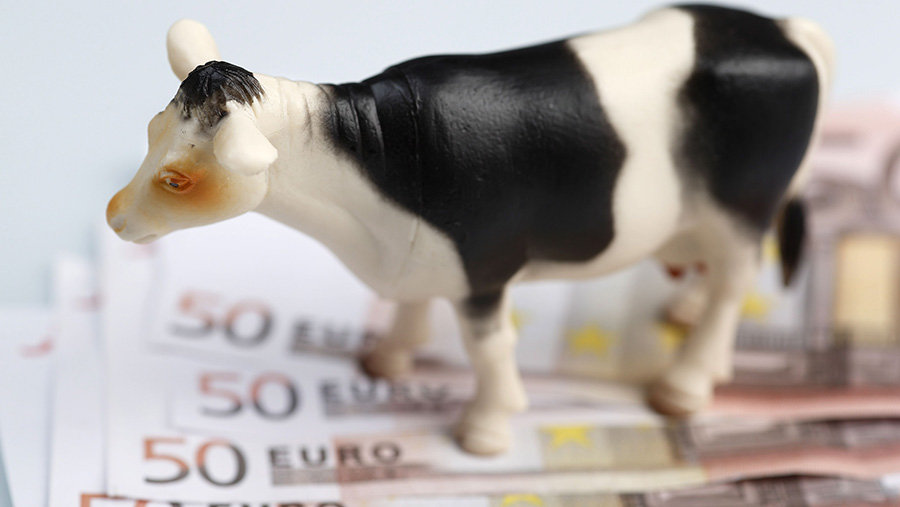 World dairy markets will not pick up until next year, according to latest forecasts.

Analysts at Dutch financial services firm Rabobank expect the “cripplingly long price trough” to last throughout 2016, with some upward pressure on prices as 2017 begins.

Rabobank has followed other forecasters in pushing back dairy recovery hopes further into the future.

See also: What farmers in other countries get paid for milk

With the exception of Brazil – gripped by the worst recession in a generation – Rabobank sees dairy consumption continuing to grow in Asia, as well as in the US and the EU Kevin Bellamy, global dairy strategist

The main dairy exporting regions were on track to pump out 3.5bn litres more milk this year than they did 2015, but world demand would only grow by 1.5bn litres.

Rabobank’s latest quarterly report forecast the growth in European milk production to slow down, as farmers focused on cutting costs instead of expanding.

But production would not drop, keeping world markets well supplied.

New Zealand’s production in the 2015-2016 season would be higher than first thought, the analysts said, after plenty of rain over the summer.

Australian dairy farmers would also be close to break-even this year, with their margins kept tight.

But Rabobank remained optimistic about long-term prospects, despite the current crisis.

Global dairy strategist Kevin Bellamy said this year’s slowing production growth would be matched by slow, but steady consumption growth around the world.

“With the exception of Brazil – gripped by the worst recession in a generation – Rabobank sees dairy consumption continuing to grow in Asia, as well as in the US and the EU,” he said.

How Rabobank pushed back predictions