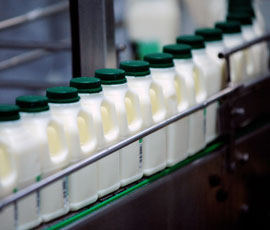 Dairy prospects look brighter this milk year, after a tough 2012/13 for most dairy farmers.

Using their Friesian Farm model, Andersons have predicted milk prices would rise with further increases factored in for later in 2013 as firming world markets and limited GB supplies combined to lift prices.

Variable costs would fall, said Richard King, head of research, due to a forecast fall in feed usage and slightly lower prices.


“This of course, is dependent on a more ‘normal’ weather year,” he said.

The Friesian Farm model shows costs drifting upwards, however, the farm got to a position where it was making money again in 2013/14, he added.

But single farm payments will be lower by at least 5%, possibly more, said Mr King. This is as a result of EU budget settlement agreed back in February.

“The outlook may therefore look brighter for the immediate future, but businesses need to be structured to provide sustainable returns for the medium and long term,” said Mr King.

“Therefore producers need to look to their own management, as well as the market, for profitability improvements.”