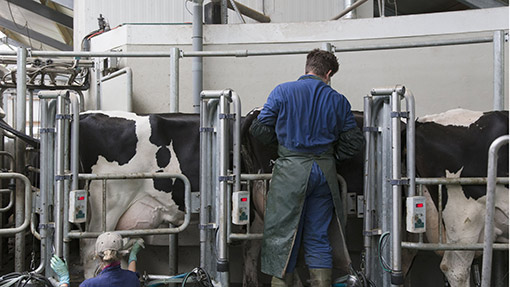 Dairy farmers should focus on total farm profit and returns on capital, land and labour, not just costs per litre, according to Kite Consulting.

The firm has launched a toolkit of business performance indicators, which it believes are better suited to the fast-growing global market for dairy products.

Managing partner John Allen said cost and profit per litre had been sensible measures when European milk production was held back by quotas.

But with global demand growing by 20m tonnes a year, roughly New Zealand’s annual production, and quotas ending in April 2015, farmers can use measures such as profit per cow and debt per cow to make sure they are taking advantage.

“We want to move the UK dairy industry on in thinking about new business performance indicators ready for a new era,” Mr Allen said.

“Total cost per litre will remain crucial for international competitiveness, but will be less relevant than profit and returns on capital, land and labour.

“This may impact on the relevance of cost of production milk contracts in the world we are moving towards, where farmers will be able to access global markets and grow their businesses.”

Kite partner Edward Lott said these measurements were not new but had been gathered to be used in dairy, where managing market volatility and making the most of in-demand resources such as land were increasingly important.

British farmers could significantly improve their profit per cow, but debt per cow was a “fundamental” strength of UK dairy, with £2,572 a cow among Kite’s clients, compared to more than £10,000 a cow on some heavily indebted European farms.

Staffordshire farmer Andrew Gilman, who milks 160 cows on a high-output system, has been using these figures in farmer discussion groups to see where his business stands.

He said farmers could benefit from being more open about how their farms are performing.

“By comparing your figures with others’, it’s easy to see where there are opportunities to improve and gives you tangible targets to try to achieve,” he said.