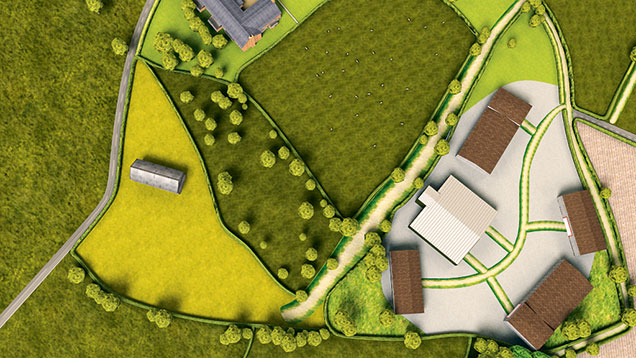 Management focus at the Farmers Weekly/Savills Virtual Farm is on how to make a profit as subsidy levels are reduced over the next few years.

Three of the past four years have shown a negative return from farming, excluding subsidy and non-farm income.

With a gradual reduction in subsidy support expected over the next four years, a big effort will be needed to improve efficiency and identify any additional income source or structural change which can help the business develop.

“Like any other farm, surviving BPS is the big challenge now as we look to achieve a sustainable return without sustained subsidy income,” says Savills agribusiness consultant Richard Morley.

“While second-hand machinery values are holding up better than we might have expected, the gap between those values and the cost of new kit grows ever wider.”

If subsidy and non-farm income are excluded, the farming activity on its own is budgeted to lose £22/ha in the 2015 crop year.

“We must improve yields while looking to strip out any overhead costs that can be avoided,” says Mr Morley.

Measures already taken this season include the move to spring cropping, spreading workload, and using rotation as a tool to combat yield-robbing weeds.

The planned replacement of a 135hp tractor in 2015 was under review last time Farmers Weekly reported on the farm.

This has now been postponed because the drainage spend has taken priority, with the aim of improving soil structure, crop establishment and yields.

Funding for remote crop sensing to help apply nutrients more accurately is one area where the Virtual Farm will look to benefit from this scheme.

Gross margin budgets for 2015 wheat and beans have improved since Farmers Weekly’s last visit to the Virtual Farm in November.

This has been achieved by selling 25% of the wheat tonnage at £145/t in November, better than the £130/t budget price.

Some of the farm’s nitrogen was bought for less than budget and the drop in oil prices means that fuel costs will fall compared with the pre-drilling budget.

The farm is expected to use about 130 litres of fuel/ha, including likely use in the dryer.

Half of this has been booked forward at a fixed price of 49p/litre, giving a 20% saving on the earlier budgeted price of 62p/litre.

With oil prices having dipped below US$60/barrel again recently, a close eye is being kept on this market and more forward fixing is likely, says Mr Morley.

Despite these benefits, cost of production is still way over current selling prices.

The cost of production based on budget yields for first wheats including rent and finance is £144.83/t, with second wheats at £162.33/t on the same basis.

A key aim is to beat budget yield to pull the average cost a tonne down.

The spring bean gross margin for the 2015 harvest has been reduced to £418/ha due to the expectation of a large crop following the introduction of the ecological focus area requirements for nitrogen-fixing crops.

This margin is based on an expected selling price of £180/t for beans.

As on many farms, low oilseed rape prices mean none of the 2015 crop is sold. The budget selling price is £265/t including oil bonuses.

“We’re keeping a watching brief on the market – we never liked the price for forwards sales and our target has been to try and achieve £300/t including bonuses,” says Mr Morley.

This profit will be shared by the farm’s partners and also has to provide funds for reinvestment in the business.

Without the drainage investment, the profit would have been £203/ha, including £185 in expected basic payment and about £40/ha of non-farm income from Entry Level Stewardship and cottage rent.

While this is a considerable improvement on how the budget for 2015 looked back in November, it is still way below the £306/ha achieved from the 2014 harvest.

Mr Morley also cautions that with the pound continuing to strengthening against the euro, the BPS rate of £185 is looking optimistic as it was calculated when the euro was worth 77p – it is now worth 72p.

Early registration for BPS has been undertaken and mapping has begun.

The partnership does not carry out any “negative list” activity and qualifies as an active farmer.

It does not meet the requirements of the Young Farmer Scheme.

About the Virtual Farm