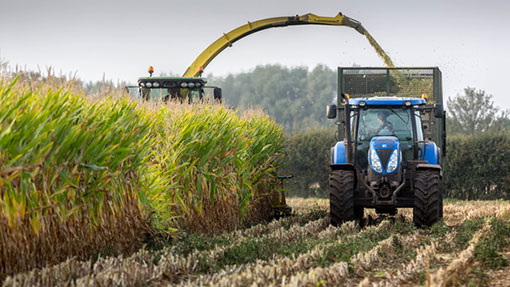 Too much grain is still traded on fixed-price contracts and today’s volatile markets need more development and use of price risk management tools, said Jack Watts, lead cereals and oilseeds analyst at HGCA.

Speaking at the organisation’s annual grain market outlook conference, he said he saw volatility as a massive opportunity.

“Let’s keep it as an opportunity, using tools [to manage it] and holding more sophisticated conversations in the marketplace,” he urged.

Speaking after the conference, Mr Watts said that merchants were looking to innovate and maintain market share, but in turn appeared to lack the confidence to innovate.

In the markets, maize would dominate world grain trade this season, said Mr Watts. This was the second successive year when grain production would outstrip demand.

“2014/15 is about stock rebuild and removing the spot market’s anxiety around supply. Expect to feel the increasing dominance of maize – even directly into the UK market.”

The four major maize exporters – the US, Brazil, Argentina and Ukraine – accounted for 80% of world maize trade.

The spot market was concerned with an oversupply of feed grains. “But we’re only ever one weather event from a draw down on those stocks.

“The picture was not rosy everywhere, with lower production in near east Asia and in North Africa providing some export opportunities, he said.

Ethanol should now be considered a mature market, but maize production would continue to grow and was predicted to reach 1bn tonnes by 2016/17.

Wheat was a more complex market this season, with broad quality and price spectrums in both the feed base and milling premiums. The breadmaking wheat premium now made up 30% of the total price, compared with the more usual 10% to 20%.

Algeria and Turkey would need wheat imports and Iran was becoming a more acceptable customer for exporters, said Mr Watts. It remained to be seen whether current low prices and the quality on offer would attract them.

The UK had produced its second 7m tonne barley crop in as many years and the stocks-to-use ratio was relatively tight. Canada’s barley area had lost out in a big way to maize and in general the crop was becoming more of a niche, sought after by both maltsters and distillers.

“Global barley supply and demand looks to remain tight, but it has to follow the dynamics of the broader grain market to avoid being priced out of demand,” said Mr Watts.

“Is the crop being marginalised by increasingly competitive crops such as oilseeds and maize? Probably.”