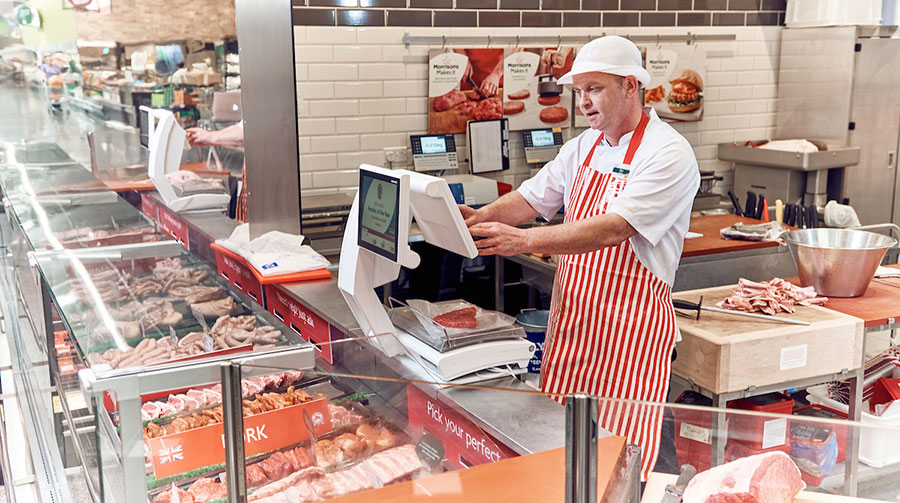 Photo provided by Morrisons. DO NOT REUSE

Morrisons has expanded its pledge to support British agriculture by switching all of its fresh meat to 100% British all year.

The move will see the retailer stop selling fresh imported lamb from New Zealand and Australian, which it had previously stocked during the winter and early spring.

It will instead switch to 100% British meat for its own-label brand “Market Deals”.

See also: Co-op to switch to 100% British bacon and lamb

The NFU welcomed the announcement made by Morrisons’ CEO David Potts at the Great Yorkshire Show.

NFU deputy president Minette Batters said: “We are extremely pleased Morrisons has shown this level of commitment and chosen to fully back British sheep producers.

“Morrisons has traditionally been a strong supporter of the British livestock industry and much of its messaging is centred on stocking 100% British Red Tractor assured fresh meat.”

The move will make it easier for shoppers who want to buy British in store, but had previously been confused by the Market Deals labels, she added.

NFU livestock board chairman Charles Sercombe described the commitment as a “timely boost” for the UK sheep sector, especially given the uncertainty over Brexit and future trading relationships with the EU and other countries.

“It is vitally important we see strong support from British retail and consumers,” he added.

Morrisons, which purchases about 750,000 lambs every year, said the announcement was part of its wider programme to sell more local and British food.

Well over two-thirds of its food is sourced from the UK, compared with a national average in supermarkets of 52%.

In May, the Co-op became the first retailer to make the switch to selling 100% British fresh meat all year.