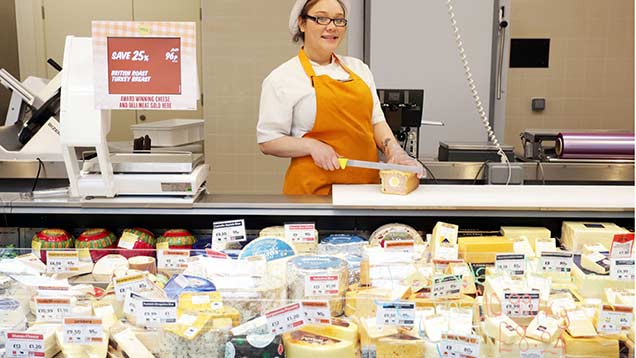 Morrisons has announced it will pay more money for milk going into its medium and mild cheddar cheese over the winter period.

In a statement issued on Friday (4 September), Morrisons announced it would pay a supplement of 9.5p/kg of cheese (equivalent to 1p/litre) on milk used to make its medium cheddar cheese over the winter period.

The retailer will also pay a supplement of 28.5p/kg (equivalent to 3p/litre) on milk used to make all of Morrisons Mild Cheddar (standard & savers brands).

It follows a move by Tesco to pay 29.93p/litre for milk going into its cheese lines until the end of February 2016.

Morrisons will pay the extra money from this week and it has claimed that all additional funds generated will be paid back to farmers through Morrisons’ supplier-processors, starting in October.

NFU chief dairy adviser Sian Davies said the announcement would be welcome news to those dairy farmers who supply both Lactalis and Dale Farm.

“These farmers, like others across the UK, are facing a double whammy of a volatile dairy market and higher costs during the winter months as cows are housed, so this will come as some relief. The NFU is pleased Morrisons has taken steps to ensure a more sustainable cheese supply chain.

“It is now up to Lactalis and Dale Farm to ensure they play their part in passing it on to our farmers.”

FFA leader David Handley said the fact that the company was paying a supplement would make it transparent whether the processors were actually paying the money back in full to dairy farmers.

Morrisons has previously announced a number of steps to directly help dairy farmers.

See more: How much money Morrisons “Milk for Farmers” might earn a dairy farmer

The new brands are expected to appear in stores in early October.

Morrisons corporate services Director Martyn Jones said: “With this significant investment in cheese, following our guaranteed minimum farmgate price on milk announced last week, we believe Morrisons can work with both dairy farmers and dairy processors to create a long-term sustainable business for all parties.”