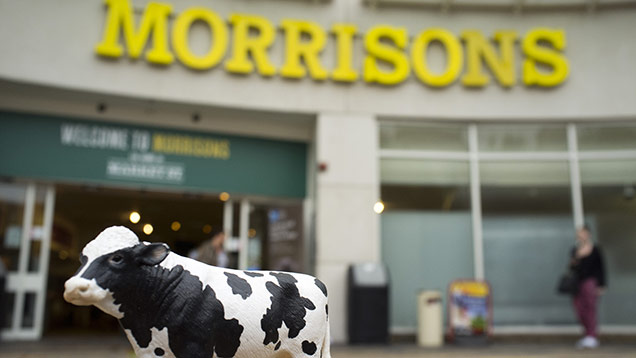 Supermarkets should already be paying farmers a fair price and should not be passing the additional cost of supporting British agriculture to the consumer, a survey has found.

Earlier this month, Morrisons announced the launch of a new “Milk for Farmers” brand this autumn, offering consumers the opportunity to pay extra for four pints of milk and pass a premium directly to farmers.

At first, the decision was hailed by a number of groups as a positive step towards supporting UK dairy farmers. It later transpired that any extra money would not only go to UK dairy farmers and would be divided between 13,500 Arla farmers across the EU.

But realistically, consumers believe they are being asked to bear the financial burden so retailers and big agri-businesses can continue to make large profits without taking more responsibility for paying producers fairly, according to a survey carried out by sustainability consultancy Footprint.

Their survey showed that while consumers are happy to pay more to support British farmers, many are questioning why a fair price is not already being offered for UK-grown goods.

While 70% of those polled said they would pay more for a product if there was a guarantee the farmer would receive a higher price, 57% felt that farmers should already be receiving a fair price from major retailers.

More than 40% supported the concept of Milk for Farmers, with an equal number feeling that the public had a responsibility to support British farming and should pay more.

However, 42% of those surveyed questioned the true nature of the new brand, and whether it would create a two-tiered system whereby farmers working for a major collective would receive these benefits while independent farmers would get locked out of the market.

The same survey also questioned the cost of food, which is reported at its lowest since the 70s, and found that 71% of consumers felt that food was too cheap generally.

The implications of the poll are that consumers feel supermarkets are passing the financial buck to them, rather than taking responsibility for supporting British industry themselves, said Charles Miers, joint-CEO of Footprint.

“Consumers are keen to support local growers and producers, but are not happy that they are being asked to bear the brunt of this challenge,” added Mr Miers.

“While they will continue to do what they feel is right, the rumblings have started which suggest supermarkets that only pay lip service to supporting British farming… will be in hot water and consumers will vote with their feet, and their wallets.”

“We want to offer practical help by launching a range of four-pint milk at a retail premium of 10p/litre, all of which will be passed back directly to dairy farmers. We will stock this product in all our stores, offering our customers the choice to support dairy farmers directly.”