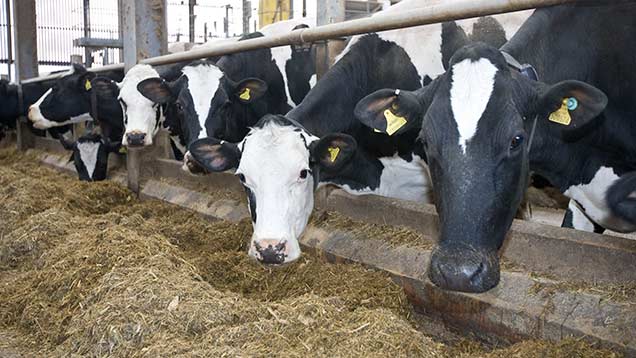 MPs have suggested the dairy code should be made compulsory to protect farmers from milk price volatility.

West Country Liberal Democrat MP and former farm minister David Heath said the undervaluing of milk was at the heart of the problem.

Mr Heath, MP for Somerton and Frome, said there were clearly issues regarding oversupply and global demand, but relationships between producers, processors, retailers and consumers had to improve.

“We need a supply chain that is fair on every single level,” he added.

Mr Heath said he had hoped the voluntary code of dairy practice would provide fairness at every level. But after working well at the start, it now appeared to be failing and needed examining again, he added.

“Is the answer a statutory position? That has its drawbacks. I have to say to the house it will limit the scope of the voluntary code, but maybe that is what we do have to look at,” said Mr Heath.

“I certainly agree that the groceries code adjudicator should be able to look at supply chain relationships and not simply producer-to-retailer relationships. Therefore bringing the dairy industry into its ambit.”

Mr Heath added that it was “outrageous” that Iceland supermarket could sell four pints of milk for 89p when a one-pint bottle of water cost 85p to buy in the tearoom at Westminster.

But farm minister George Eustice told the debate that Alex Fergusson MSP had just completed a review of the voluntary dairy code, which concluded it was working well, made a positive difference and 85% of milk production was covered by the code.

“A number of people have talked about transparency in the contracting system. I think this is provided for in the code in that farmers essentially have the opportunity to walk away from a contract with three months’ notice,” added Mr Eustice.

Despite the current challenges, Mr Eustice insisted that the long-term picture for the dairy industry was “very positive”.

He said: “British farmers and dairy producers are producing a range of fantastic products. Over the next decade, global demand for dairy is expected to increase by 2.5%/year.

“We are supporting and encouraging dairy farmers to develop their businesses on the back of this demand. Over the past year, exports of milk powder have grown by 65% to £152m and cheese exports are up by 12%.”

Simon Hart, MP for Carmarthen West and South Pembrokeshire, bemoaned the very short notice that dairy farmers were given with regard to the reduction in their milk prices.

“This cannot necessarily be offset by instant cost reduction measures, or instant alterations to the manner in which milk is produced,” he said.

In the long term, he added, it was “completely unsustainable” for dairy farmers to have to sell their products for less than it cost them to produce them.

Ian Liddell-Grainger, Tory MP for Bridgwater, said in his view British dairy products and British milk were the best in the world and needed more promotion.

He added: “The dairy farmers are actually paying some £7m a year in levy and it is just not getting out there to promote milk properly. Not only milk, but cheese and yoghurts and all these products need promoting more.

“I think we need to get that money out to the industry to get milk promoted.”