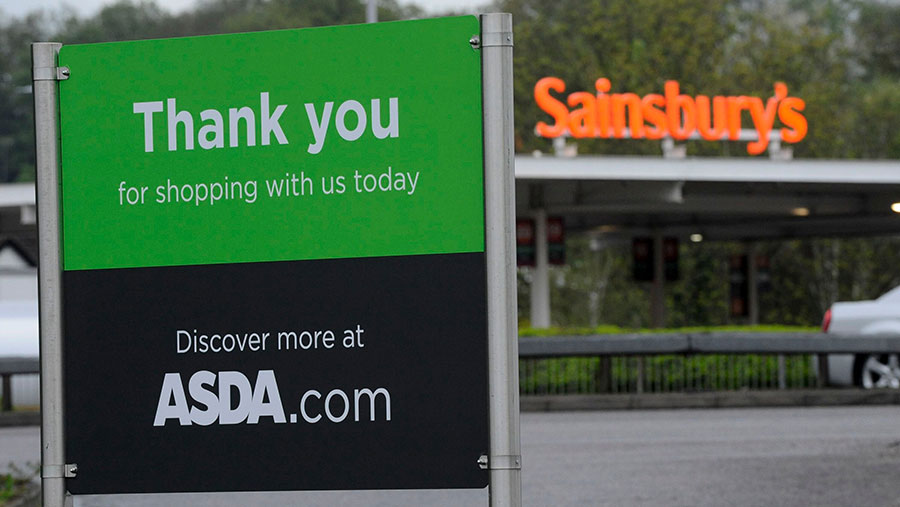 Two powerful committees of MPs have raised concerns over the proposed merger between Asda and Sainsbury’s supermarkets.

The Business, Energy and Industrial Strategy (BEIS) and Environment Food and Rural Affairs (Efra) committees said their members were concerned at the potential market dominance of the merged retailer.

In a joint-letter the chairmen of the two committees urged the Competition and Markets Authority (CMA) to scrutinise the proposed deal thoroughly and assess its impact on the supply chain as well as the effect on competition.

Both said they wanted more information on the timing, length and scope of the CMA investigation, as well as the criteria that would be used to determine whether the merger would create local monopolies or require the stores to divest premises.

“The CMA needs to be a champion of consumers and it must look closely at the impact of this merger on the supply chain as well as the effect on competition in the supermarket sector,” Ms Reeves said.

Efra chairman Neil Parish added: “Grocery retailers don’t have a gleaming record of treating suppliers well and the Grocery Code Adjudicator’s 2017 survey found Asda was the worst grocery retailer in the eyes of its suppliers.”

The survey also revealed the supermarket, asked suppliers for substantial contributions in order to keep their business with Asda – sometimes as much as 25% of their total annual turnover.

“The cost savings being promised through this merger must not come through squeezing those further down the supply chain. I am also concerned that with two supermarkets taking up about 60% of the market, suppliers would be more reluctant to raise complaints about unfair practices,” Mr Parish added.

The concerns raised in the letter follow an angry reaction from some farming organisations as news of the merger broke.

“This loss of competition in the marketplace and an increased imbalance in the supply chain cannot be in the long-term interests of food producers – nor, in my mind, of society at large,” said Mr Stocker.

His concerns were echoed by Green MEP Molly Scott Cato who urged the EU’s Competition Commissioner to block the takeover altogether.

“I hope the EU Competition Commission will check out this proposed merger and force Sainsbury’s and Asda to shelve their plans.

“With Tesco already holding a 30% stake in the marketplace, it cannot be right for just two retailers to hold almost 60% of the market,” she said.

However, Sainsbury’s boss Mike Coupe insisted the deal would be good for all parties involved, while also delivering cheaper food for consumers – up to 10% on everyday household grocery items.

Mr Coupe, who will take the top job at the combined enterprise, said the new entity would take a joint-approach to buying, harmonising the lowest prices the two retailers pay their suppliers.

This would free up £350m of savings in the two years following the deal’s completion which should happen in the second half of 2019.

Small and large suppliers would see benefits in three areas,  the opportunity to grow their business, to become more efficient and to produce more differentiated product ranges, Mr Coupe added.