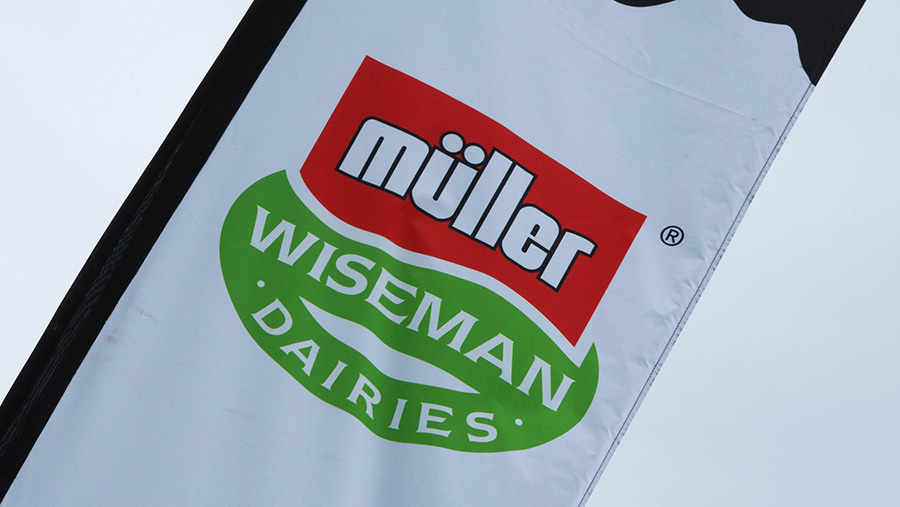 Farmers supplying one of Muller’s Scottish dairies could lose an extra 1.75p/litre off their milk price if the site is closed down.

The German-owned buyer has launched the 45-day consultation period for ending processing at its Aberdeen and East Kilbride factories.

The 43 farmers who supply the Aberdeen dairy will face an extra 1.75p/litre transport charge, for the cost of hauling their milk 140 miles south-west to Belshill, near Glasgow.

Producers who want to avoid the charge will see their contracts terminate after 12 months’ notice.

Those sending milk to East Kilbride will not be affected, as the site is only seven miles from Belshill.

See also: ‘No winners’ as Muller cuts May milk price

Muller suppliers were hit earlier this week by another 0.85p/litre milk price cut.

Farmers in the original Muller Milk Group will be paid 19.15p/litre in May, while the Muller Direct Milk producers, who have switched from Dairy Crest, will get 18.49p/litre.

Muller is considering the factory closures as part of a review of its whole network of Scottish dairies.

This will include a £15m investment over three years at the Belshill site, with the aim of creating excellence for the industry.

The Aberdeen and East Kilbride sites are both running far below capacity, Muller said. More than 60% of processing space at Aberdeen is currently unused.

The shutdowns could mean 229 workers lose their jobs across the two factories.

“Our Scottish dairies are inefficient and costly, which is putting a brake on the innovation and investment needed to stimulate new demand for dairy products,” he said.

“We will enter the consultation with an open mind and will rigorously assess the situation and listen to our colleagues before arriving at a decision.”