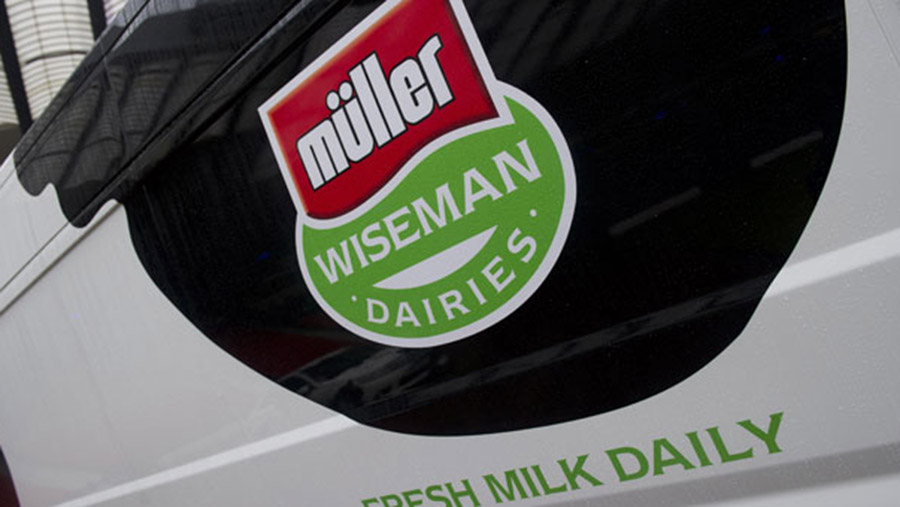 Muller UK & Ireland has confirmed the controversial closure of its processing plants in East Kilbride and Aberdeen, with milk moving to Bellshill, North Lanarkshire, near to Glasgow, for processing instead.

The 43 dairy farms currently supplying the Tullos plant in Aberdeenshire will bear the brunt of the move.

While all these suppliers are being given the chance to stay with the company, this is conditional on the acceptance of a 1.75p/litre transport charge, which reflects the need for milk to be hauled from Aberdeenshire to North Lanarkshire.

Those farmers currently sending milk to East Kilbride will not be asked to pay the same charge, as the site is only seven miles from Bellshill.

Producers who want to avoid the charge will see their contracts terminated after 12 months’ notice.

Muller has pointed out that the Tullos plant, which is likely to be shut as soon as mid-June, is currently operating at less than 40% of capacity. The closure of the facilities will also lead to the loss of 255 jobs.

NFU Scotland said the move was “deeply disappointing”, adding that it had called on Muller to withdraw the haulage cost plan but had not been successful.

Tesco has committed to picking up the transport charge on behalf of those suppliers who are members of the Tesco Sustainable Dairy Group, understood to be in the region of 16 farmers, but the rest of the suppliers will feel the full effects of the new policy.

Jean McLean, NFU Scotland’s milk committee representative for the North East, said the announcement could affect the viability of the dairy industry in the north-east of Scotland.

“Many businesses are not in a good place and this will leave many considering if they have a future in dairying.”

Graeme Kilpatrick, NFU Scotland’s milk committee chairman, added: “We are still awaiting answers to several questions we have posed to Muller in recent weeks. NFU Scotland has asked who will foot the bill if the need arises for the milk to go elsewhere other than Bellshill, and if the transport charges will be introduced to other areas of Scotland.

“The transport costs should have been discussed with all those supplying Muller from across the UK as there is the possibility that these charges could be implemented more widely.”

A spokesman for Muller said the closure of the two smaller plants reflected changes in the marketplace, where scale was required to secure efficiencies and to maximise market opportunities.

“Unfortunately, the market has changed. Most of the milk processed is now going into regional distribution centres and they are all based close to Bellshill on the M8 corridor,” he added.

The spokesman said that when other companies had closed plants they had often served notice on their suppliers. Muller had chosen not to do that and had given the affected farmers the option to keep supplying it on an evergreen basis.

He added: “We accept that it is a blow. However, even with the 1.75p/litre transport charge, the cash in hand that farmers will receive is still higher than many other farmers receive in the UK.”