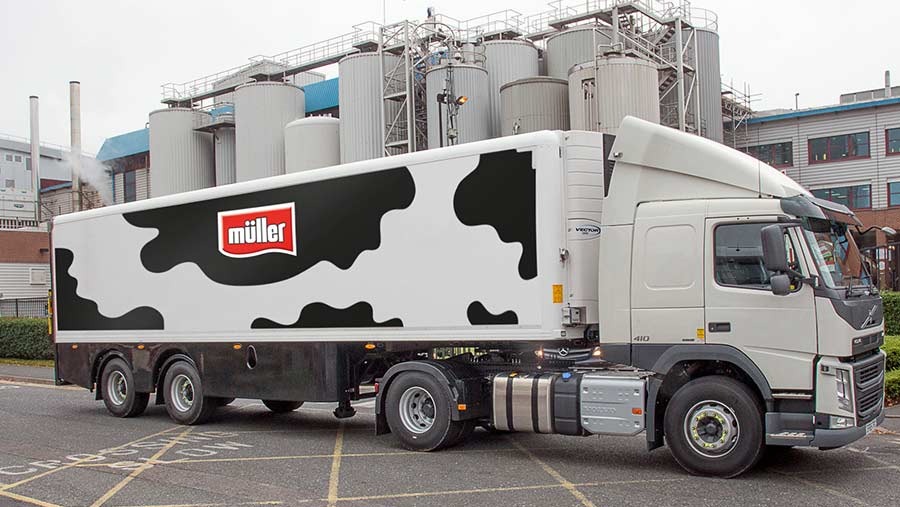 The UK’s largest privately owned dairy processor, Muller, has revealed the final version of its new contract to farmers.

It had been delayed several times due to disagreements among producers over the terms of the proposed deal, with its initial implementation originally planned for January.

Muller froze its milk price for March, which currently stands at 27.51p/litre, 45% higher than last October.

There has also been a complete restructuring of Muller’s farmer representative structure.

A variation clause allows Muller to alter contracts to react to changing markets.

Non-aligned producers will be able to sell forward a proportion of their milk as part of a new contract for ingredients’ customers, currently under development by Muller.

The contract will be linked to UK Milk Futures Equivalent (UKMFE) and allow producers to guard themselves from market volatility by fixing the price of some of their milk.

The old MMG board will be replaced with a new body, the Muller Farmer Board, made up of seven elected representatives, who will hold monthly meeting with the Muller management team.

The board will be elected by the Muller Farmer Forum, which consists of 21 elected representatives, nine of which will be non-aligned producers.

The Forum will approve the annual MMG budget and represent the views of Muller’s suppliers.

The anonymous group, Muller non-aligned had said the delays could only be due to the contracts’ universal unpopularity and the fact earlier versions contained penalty after penalty.

It added, “Producers have realised it’s all part of a desperate attempt by Muller to cut costs and turn around profitably of their UK operations.”