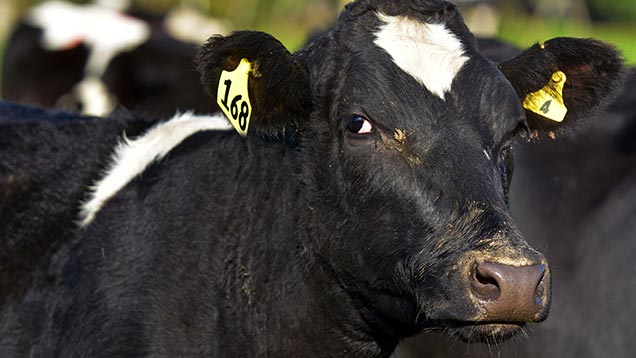 Processor Muller Wiseman has followed its rivals with a 0.8p/litre cut to the milk price paid to farmers.

Producers will be paid 22.35p/litre from 7 September – one-third lower than their price last spring.

The firm has blamed the “continuing softening” in dairy markets, with milk production still running high.

Muller’s decision matches a 0.8p/litre drop from co-operative Arla for December and further cuts from other processors.

Muller UK & Ireland head of milk supply Martin Armstrong said there was a significant imbalance between supply and demand in the UK and globally.

“We are not in a position to avoid the effect of these powerful and cyclical market fundamentals, but we are continuing to invest heavily to create a diverse dairy business in the UK and to work collaboratively with our farmer board to align supply with demand.”

Muller dropped its milk price 1p/litre in August for the first time in five months.

Since then, British dairy markets have fallen further still.

The deal would see about 700 farmers switch over to Muller, taking their total supply pool to just under 2,000 producers.

An update from Competition and Markets Authority (CMA) is expected this month.