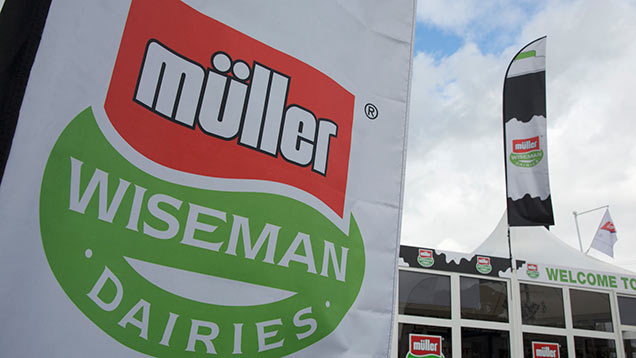 Muller UK & Ireland’s takeover of Dairy Crest’s dairies division could go through by the end of the year, after the German-owned firms offered concessions.

The Competition and Markets Authority (CMA) has said there are “reasonable grounds” for thinking the proposals could avoid the six-month investigation announced two weeks ago.

The £80m deal was pushed into a “phase two” probe due to concerns that less competition in some parts of the UK could push up milk prices for retailers and shoppers.

Today Muller has offered to process a certain amount of milk for a third party dairy processor in the South West and Wales.

This other firm would be able to compete for supplying major supermarkets in those areas.

See also: Dairy Crest sale to Muller: 5 things we know and 5 we don’t

Muller must now propose a named processor and draft agreement to the CMA for approval.

Meanwhile the CMA will consider if Muller’s new offer addresses their initial worries, with a decision needed by 21 August.

Part of this will involve a 15-day public consultation and the CMA will seek the views of retailers and other dairy processors.

Muller has said in a statement it could complete the deal by the end of the year at the latest, if approval is granted by the summer.

“We are pleased that the CMA has responded promptly to our proposals which aim to fully address the concerns which they expressed and look forward to a positive outcome,” he said.

The merger, which was announced in November 2014, would have left Muller Wiseman and co-operative Arla as the only firms big enough to supply the largest supermarkets nationwide.

But both farmers and industry have backed the deal, saying it would offload the least profitable part of Dairy Crest.

About 700 farmers would switch over to Muller, if the sale goes through.

Dairy Crest chief executive Mark Allen said he welcomed the chance for a swifter completion and he would continue to work with Muller and the CMA.