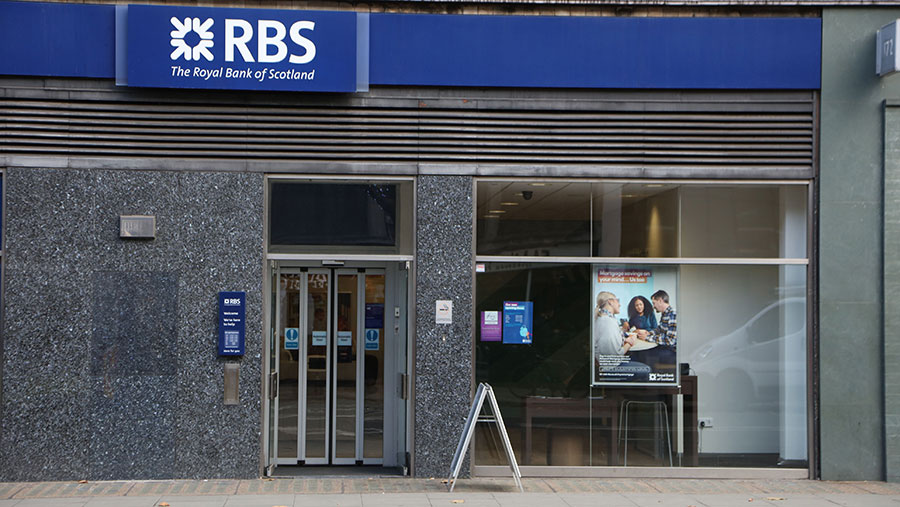 The closure of nearly 250 local banks across the UK will have devastating consequences for the rural business and local communities, according to farming and rural groups.

The Royal Bank of Scotland has announced plans to close 62 RBS branches and 197 NatWest branches in 2018, citing a fall-off in the number of customers using them.

The bank said that since 2014 the number of customers going into branches had fallen by 40%, while mobile transactions had increased by 73%.

See also: What should a farmer look for when moving banks?

A fifth of customers now only use the bank’s digital services.

The Farmers Union of Wales argued the move would have a detrimental effect on the towns, villages and communities the local branches served.

The FUW is concerned that internet banking is still not an option in all rural areas across Wales because many people do not have a suitable internet connection.

Others are reluctant to bank online because they are worried about cyber security.

“These banks are 70% owned by the UK taxpayer, so we have to ask why there are no conditions to the bailout that guarantees access to such services,” he said.

“It is clear that governments must do more for rural Wales.”

A spokesman for NFU Scotland pointed out there had already been closures of rural branches by other banks in recent times, which created a double whammy for farmers in Scotland.

“Changing banking provider to ensure you have a local bank is not always possible.

“Similarly, in many more remote areas of Scotland, reliable, high-speed internet connections remain an issue so online banking is not an option.

“That leaves many of those who live and work in the countryside with the prospect of lengthy journeys to carry out routine banking transactions.”

Sarah Lee, head of policy at the Countryside Alliance, said 20% of the population lived and worked in rural areas and yet only 12% of bank branches and 11% of cash machines were located there.

“With the increasing number of bank closures in the countryside people are becoming more reliant on access to cash through ATMs, yet the lack of cash machines is turning rural areas into cashless deserts,” she said.

“This means it is becoming increasingly difficult for people and businesses located in the countryside to access their money, other day-to-day services and those services necessary to run a local business.”