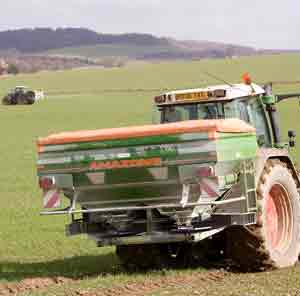 The number of farm rent reviews referred to official arbitration jumped more than fivefold last year, revealing the scale of upheaval the 2007 rise in commodities prices caused in the tenanted sector.

Figures from the Royal Institution of Chartered Surveyors show there were 784 applications for arbitration on 1986 Agricultural Holdings Act tenancies in 2008, compared with 145 the year before. Similarly, referrals to arbitration for Farm Business Tenancies jumped from 21 to 147 in the same period.

Many landlords had sought substantial rent increases after cereals and milk prices rose sharply, and this perception of higher prices for farmers was continuing to affect reviews, Brightwells’ Steven McLaughlin told a conference at Blenheim Palace, Oxfordshire, last week.

“Many notices are still being served, to be settled by Lady Day 2010. A lot of landlords don’t necessarily follow market prices as closely as others and because they’ve heard of neighbours achieving rent increases of 10-15% last year they think this is now the norm.”

Cereal values have fallen far from their 2007 peak, with new-crop feed wheat worth about £98/t for harvest 2009. Milk prices have declined sharply, too, falling from about 28p/litre to nearer 25p/litre. Coupled with this, last year saw a sharp rise in farm input costs, with nitrogen fertiliser reaching more than £400/t.

“The factors that influenced the early 2008 rent reviews have swung in the opposite direction. So it’s important for agents to manage clients’ expectations very carefully. For instance, the cost of going through the full arbitration process could well reach £10,000 over an annual rent of just £25,000. And the losing party could well be liable for all or part of the other side’s costs, too,” Mr McLaughlin said.

He urged landlords’ and tenants’ agents to prepare carefully for rent discussions, taking into account issues like Nitrate Vulnerable Zones legislation, which could mean significant investment in farm buildings and equipment.

Rents on Farm Business Tenancies were still considerably higher than Agricultural Holdings Act rents, as demand continued to outstrip supply, Mr McLaughlin said. “However, the outcome of the Tenancy Reform Industry Group work has made AHA rents move more in line with FBTs, as the value of farm diversifications are now included in the rent review process.”

Data collected by Brightwells suggested average rents on both forms of tenancies had increased 31% on arable farms and 21% on mixed farming systems to about £77/acre and £63/acre, respectively. “But gross margins have worsened considerably since last year. Recent Lady Day rent reviews have seen the uplift in values begin to fall away and this is putting added pressure on managing clients’ expectations.