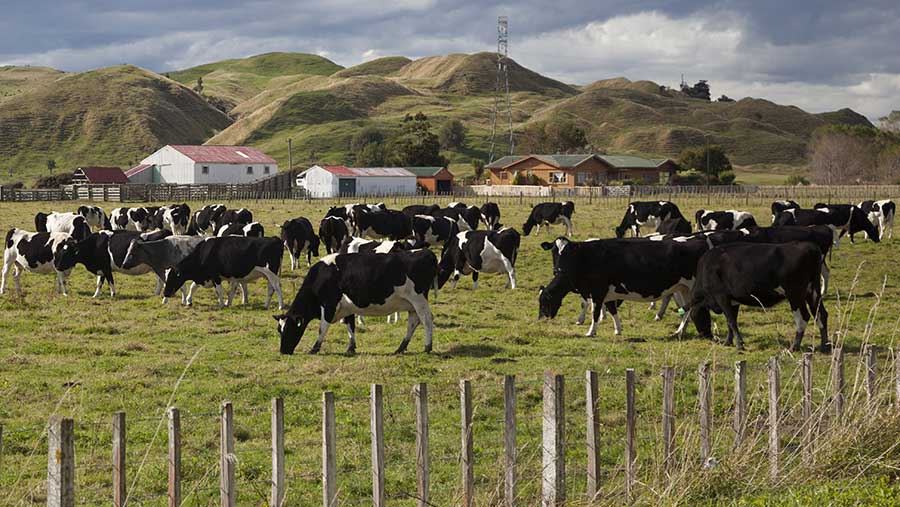 New Zealand mega co-op Fonterra has more than doubled its profits, which it will use to bail out struggling dairy farmers.

The business, owned by 10,500 producers and supplying 90% of the country’s milk, will pay shareholders a half-year dividend of 20 cents/kg of milk solids (1p/litre) in April – twice as much as in 2016.

It will then pay another 20 cents/kg (1p/litre), split between May and August, brought forward from the usual October.

New Zealand’s farmers have faced the full brunt of the global dairy crash, as nearly all of their production is exported.

The co-op’s chairman, John Wilson, said the timings of the dividends were a specific response to the “current, very challenging” conditions farmers faced.

“The low prices have placed a great deal of pressure on incomes, farm budgets, and our farming families,” he said.

It moved some of last season’s profitability to this year, to raise dividends and offset low dairy prices, the co-op said.

New Zealand is in crisis mode, as dairy is the second biggest industry after tourism.

Prime minister John Key has warned 5-10% of farmers could go under, while the opposition Labour Party predicted it could be nearer 25%.

The Reserve Bank of New Zealand, the country’s central bank, has carried out stress tests on rural lenders, in case $4bn (£1.9bn) of loans get written off if land prices collapse.

Southland farmers Shane and Eileen Walker, who milk 770 cross-bred cows on 315ha, said times are tough, even on low-cost systems like theirs.

“We are making a loss like most dairy farmers are, but we will be poised when things come around again,” they told Farmers Weekly.

This fits other recent predictions, with the European Commission warning of more milk price falls this spring.

“The balance between available dairy exports and imports have been unfavourable for 18 months following European production increasing more than expected and lower imports in China and Russia,” Mr Wilson said.

“This imbalance is likely to continue in the short term, with prices expected to lift later this year.”