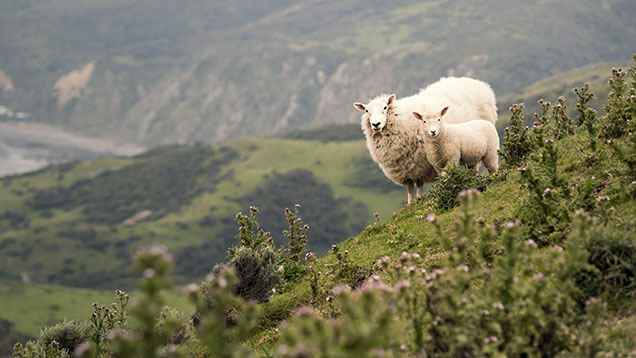 Lower New Zealand lamb exports could take some pressure off UK prices next year, according to levy board reports.

Latest news from Hybu Cig Cymru – Meat Promotion Wales (HCC) – and Eblex reports Kiwi lamb slaughterings for export could be down 350,000 head in 2014-15 – a 2% drop on the previous season.

The country’s lamb crop will be 1.2% higher, but farmers are expected to hold on to ewe lambs as they continue to rebuild their flocks after the drought in 2013.

“Coupled with an expected decline in Australian lamb production, the global supply of lamb for the 2015 season is likely to remain tight, which potentially will support the lamb market within Wales and across the rest of the UK.”

In the June 2014 census, New Zealand breeding new numbers were back 1% to 20m, with a heavier drop on the South Island as land is converted to dairying and slight rise in the North.

Total sheep numbers were also back 3% on the year to 29.8m, with a sharp decline in hogget numbers.

The first quarter of the season has already seen some tightening, with New Zealand export lamb slaughterings sliding 7% on the year between October and December, to 4.3m.