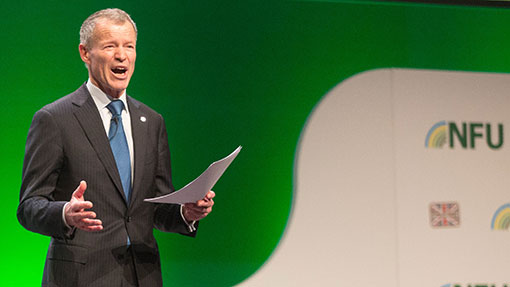 Britain and New Zealand should be working together in agriculture to embrace booming global demand, the country’s High Commissioner to the UK told the NFU conference.

Sir Lockwood Smith, a former MP and beef farmer, invited the UK to work with New Zealand in brokering free trade agreements and feeding a middle class in developing countries expected to grow from 500m to 3bn over the next few decades.

He said his country was one of only six World Trade Organisation members without a free trade agreement with the EU and he hoped that would change.

Whey processing technology from dairy co-op Fonterra coming to the UK was one example of ongoing UK-New Zealand collaboration he cited.

“New Zealand can’t produce enough to meet the growing demand,” Mr Smith said. “So it is time to explore opportunities for us to work together to secure high quality food supplies for a rapidly growing world with a massively growing middle class.

“We share a great deal of agricultural expertise with the UK. An EU-New Zealand trade partnership could provide the vehicle we need for strategic investment and supply chains and markets that could benefit
us all.”

For more on New Zealand farming: Tips on how to achieve top wheat yields

Mr Smith said New Zealand was in “deep manure” in 1984 when high tariffs and subsidies choked agricultural productivity and flooded the market with wine, lamb and milk.

Since then, successive governments have swept away subsidies and tariffs and forged trade agreements, particularly with Asia.

This forced food producers to focus on innovation and investment in the face of global competition, Mr Smith said, using the example of the New Zealand wine industry.

In 1984 New Zealand was overflowing with poor quality, home-produced wine that was so difficult to export it might just as well have been “equine urine”, Mr Smith said.

Now wine is New Zealand’s third biggest export to its main trading partner, Australia, and Kiwi wine has the highest average price in the UK market.

“We were learning the hard way just how damaging protectionism could be,” Mr Smith said.

“You farmers here in the UK are so well-placed to be part of this burgeoning and increasingly open global marketplace.

“Change is inevitable. It always brings opportunities. Ignore them and the change will shape you. Grab them if you want to shape your own future.”