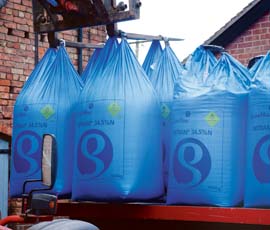 Farmers who have not bought early are in for a nasty surprise, as nitrogen prices are set to rise yet again, this time by as much as £25/t. The world nitrogen market has seen higher prices virtually every day over the last two weeks, writes Farmers Weekly commentator Roger Chesher.

Merchants, manufacturers and importers have been frantic throughout June, taking orders and shipping product at new season prices, with June and July allocations now sold and August books also about to close.

The question now is the level at which September prices will be pitched – it must be higher. This is because since mid May, when the season commenced, global urea and ammonium nitrate prices have exploded upwards.

With UK Nitram rising by £8/t between June and August, European pricing clearly lags behind global benchmarks and could be expected to rise significantly for September.

GrowHow, not surprisingly, is unable to offer a fixed September price yet, but the simplest of calculations would indicate a price hike of at least £20-25/t on farm.

At this level, said a major importer, farmers will be upset that the price is so high, whereas competitors may be disappointed that the level still looks low against the rest of the world.

With Egypt retaining product for the home market, Chinese export taxes expected, various plants out of action in France, Egypt and Lithuania and a variety of arguments over gas with Russian gas supplier Gazprom, bullish is too mild a word to describe the nitrogen market.

Even established Russian suppliers such as Uralchem, with a strong UK base, are holding fire over September pricing for their stabilised AN. Having been broadly in line with UK pricing over June, they are waiting to evaluate market conditions while busily fulfilling demand in South America.

While the Arab spring unrest has resulted in a drying up of supply from Libya, it is not considered a major factor in the supply/demand equation. Disruptions are settling down in Egypt, and Syria is not a major nitrogen producer. It will be interesting to follow the progress of a joint India/Syrian phosphate development, however, if political troubles continue.

Underpinning all of this is global demand for food and the high price of grains.

The fundamental price of nitrogen will not alter until supply exceeds demand again, which will only occur when economic stability provides sufficient confidence to commission new ammonia capacity.

All illustrated prices are based upon 24t loads for cash payment, month following. Prices for smaller loads and 50kg bags will vary considerably.