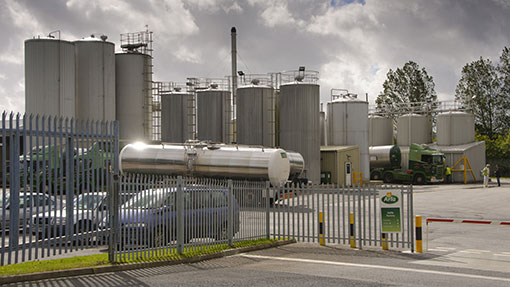 Arla members will not face a milk price cut for November, according to Farmers for Action (FFA).

This was described on FFA’s website as a ‘glimmer of hope’.

“It is only a small step but we are winning the battle. If all other organisations had got behind this campaign I am confident we would actually be seeing money coming back to hardworking dairy farmers,”

Thanking those who had supported the protests, FFA chairman David Handley described the Arla move as “very positive news” for dairy farmers.

“This vindicates FFA and what we have done 150%. We said that if farmers stood up, we guaranteed that phase one of the operation would see a freeze on price cuts.

“Hopefully, this is not short-lived and this is the stopping of the rot.”

A statement from Arla said: “On the pricing question there is always speculation about the milk price, but in line with our ongoing process of communicating our milk price on a monthly basis, the Arla owner milk price, that will take effect on Monday 27 October, will be communicated to our members on Wednesday 22 October.”

Arla’s most recent milk price change was a 1.67p/litre cut to its on-account price, which took effect from 29 September. This took its UK standard litre price to 28.55p/litre. The cut reflected a fall in turnover, largely as a result of reduced commodity selling prices, said the co-op.