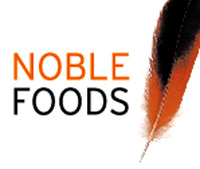 Noble Foods has revealed plans to shut its egg processing facility at Loanhead, near Edinburgh, with the loss of up to 90 jobs.

A company spokeswoman said that the plant, which has been in operation for more than 40 years, was “no longer located near either customers or raw materials”.

The site had been processing more than 300m eggs a year for brands such as The Happy Egg Co and Goldenlay. Noble Foods will now consult with staff over the closure and, if confirmed, production is anticipated to cease in mid-August.

“The changes would result in around 90 redundancies at the site,” said the spokeswoman. “The proposal is that the production would transfer, on a phased basis, to other company factories where additional jobs would be created.”