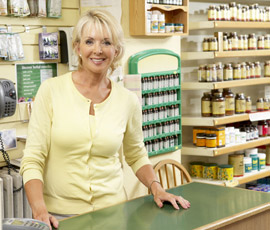 Non-farming income is becoming increasingly important to some farming households, according to the NFU.

A DEFRA Farm Business Survey of 2011-12 found 78% of the total income for farm households came from the farm. However, 92% of farm households had a second income off-farm from a spouse or partner.

Phil Bicknell, chief economist at the NFU, said the fact these figures were released 18 months after being gathered meant the situation had changed for most farming sectors.

“DEFRA is predicting around a 40% drop in dairy incomes for example [since the data was gathered], meaning non-farming income will become much more significant in the future,” he said.

“I think it will start to account for an increasing proportion of household income and will be more responsible for paying for household expenditure.”

In 2011-12, 25% of farming households already had a higher income from non-farming sources than coming from the farm (including any diversifications).

DEFRA suggested in these cases the farm could be seen as less important than the other income.

The figures, which were gathered before last summer’s milk price crisis, showed dairy farms had the highest average household income at £86,500 – a 24% increase on 2010-11. Cereals and horticulture households were not far behind. All farming sectors saw a rise, except pig, poultry and general cropping, which fell on average.

The report also warned that examining average household incomes could hide information about the wide range of incomes.

For example, 2% of farm households had negative incomes, less than the 4% in the previous two years, while 17% of farming households had incomes of more than £100,000.

• More than a third of farmers were taking a bigger salary than their farm income in 2011-12, borrowing more or taking from previous years’ profits.