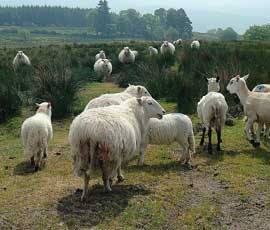 The National Sheep Association (NSA) is pressing on with plans for a new animal health and welfare scheme under the new CAP regime.

The idea is to introduce a scheme, similar to points-based agri-environment schemes, whereby farmers earn points for taking out best practice measures.

Mr Stocker said: “Owen Paterson has made it quite clear where he’s going with modulation from Pillar 1 to Pillar 2. The NSA doesn’t want to see further modulation, but if it does, then we want to make sure that money is used most effectively.

“Currently, a lot of the Pillar 2 money is used in bureaucracy and administration outside agriculture. To see more of that money going into the pockets of active farmers would be a good thing.”

The NSA believes an animal health scheme linked to Pillar 2 payments would change livestock farmers’ attitudes towards the implementation of effective animal health and disease measures on farm, while encouraging them to reduce waste and losses and be more productive.

“It’s all about providing incentives for farmers to improve the health of their stock to produce more efficient, healthier animals, producing more food with a smaller carbon footprint,” added Mr Stocker.

The association is in discussions with DEFRA, the Department of Agriculture and Rural Development (DARD) NI, devolved administrations in Scotland and Wales, England’s Animal Health and Welfare Board (AHWB) and other stakeholder groups about the plans.