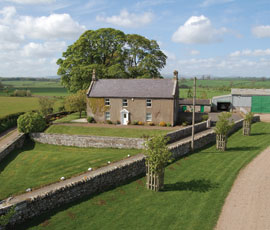 The scope for farmers to claim Agricultural Property Relief from inheritance tax on farmhouses has been reinforced by a tax tribunal finding.

Hanson v HMRC was won by the taxpayer and concerned a claim by the estate of a farmer who had owned a farmhouse and who jointly owned just 25 acres of land with his son. The rest of the 215-acre farm was rented or owned solely by his son.

In the past, HMRC has argued that a farmhouse needed to have land in common ownership and common occupation to attract APR, but this case concluded that the key point was that the farmhouse was occupied for the purpose of farming.

“Obviously, care must be taken to preserve APR, as occupation for agriculture will need to be proved, but this case certainly makes life harder for HMRC,” said Rob Hitch, partner at Cumbria accountant Dodd & Co.

HMRC can appeal the finding.