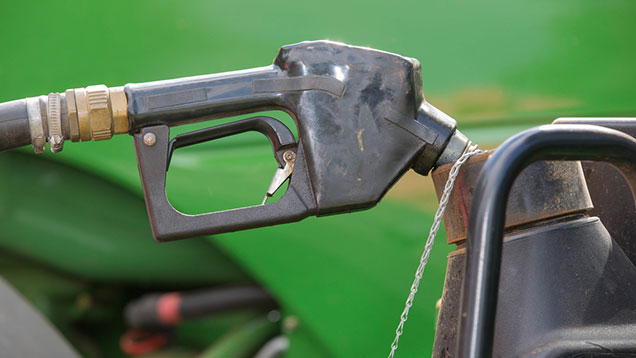 Red diesel prices were being quoted on Tuesday (16 December) at 47-50p/litre for loads delivered on farm – a drop of about 5p/litre on the month.

Farmers could benefit from paying about 17p/litre less than they were last year.

He said farmers should think about using the opportunity to improve the risk profile of their business by using the saving to secure a margin. AF was offering farmers the chance to pay a premium to cap or fix a price.

“In my view this is like selling grain,” he said. “You do not sell it all, you lock in some.”

“What [fuel] price have you put into your budget for the year? At today’s price does that work? If that is the case, then it is always worth doing.”

The price of Brent crude oil has been falling steadily since mid-June but the decline has speeded up in the past four weeks.

The world oil glut has been caused by high US shale oil production and no efforts by Opec, a group representing 12 major oil nations, to curb their output.

A minister from the United Arab Emirates has been quoted saying Opec could allow prices to drop as low as $40/barrel before discussing cutting supply.