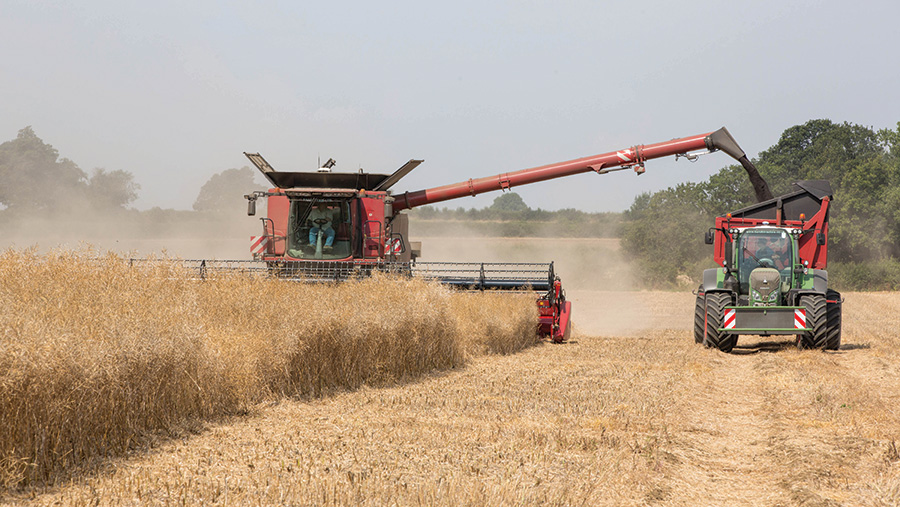 Oilseed rape prices saw a big spike in the week to 23 March, with UK prices increasing by an average of £5.70/t ex-farm due to the weaker sterling against the euro and a smaller Indonesian palm oil harvest than expected.

Because of this, the Paris November 16 rapeseed futures contract closed at around £283.45/t on Tuesday (22 March), its highest level in sterling terms since July 2014, according to an AHDB Cereals and Oilseeds report.

“The weakening sterling has contributed, but global oilseed markets have also found some underlying support through March, rising in US dollar terms too.”

“If realised, the yields would still be higher than the five-year average,” said the AHDB report. The relatively high prediction was attributed to the mild winter and good rainfall throughout Europe, it added.