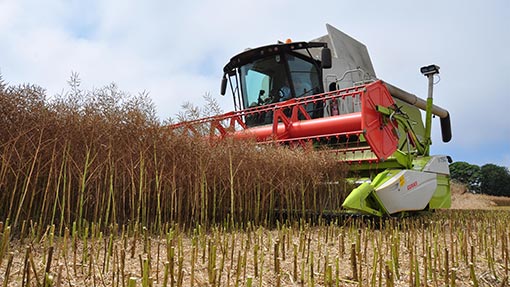 Oilseed rape prices increased by £5/t in the week to 7 October, to an average spot value of £258.20/t ex-farm. Scotland averaged the lowest level of £253/t, with Essex and Hertfordshire reaching a high of £261/t.

Average bonuses had also been rising, mainly due to better varieties with high oil contents, and were now worth about £10/t, according to Owen Cligg at United Oilseeds.

Oilseed rape exports were estimated to have reached 150,000t by the end of September, all of which went to traditional northern European destinations, said Mr Cligg. October was likely to see another 50,000t exported. The German crop size fell from 6m tonnes last year to 5m tonnes this year, which could mean more export opportunity for the UK, he added.

The impact of the El Nino weather pattern on palm oil production could also boost the vegetable oil market, as dryness continued to affect yields in Australia, said a report by United Oilseeds. “The USDA has reduced its estimate for the latest harvest, which was welcomed by the trade.”

The premium of rapeseed over soya beans was likely to widen due to tight rapeseed stocks coming into the season and lower production, it added.