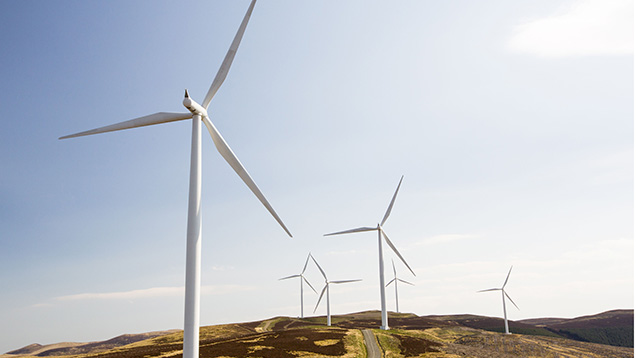 Energy secretary Amber Rudd has confirmed onshore wind projects must quickly get used to life with no new subsidies.

Ms Rudd defended a recent early cut to a key support as better for people’s energy bills, when challenged by a committee of MPs.

She said onshore wind projects had deployed faster than planned, taking up more of the available subsidy. The 12GW of expected capacity by 2020 would be enough to meet the UK’s targets.

“We will be making announcements shortly in order to clear up for industry what will be available and what won’t.”
Amber Rudd

Ms Rudd said that, since announcing the end of the Renewables Obligation and no new subsidies for onshore wind, she had been approached by three developers interested in launching projects without support. She said other projects might look have to look at that option.

“We remain very committed to onshore wind in so far as they are an important part of the mix,” Ms Rudd said. “It is right for the consumer that we stepped in.”

In front of the Energy and Climate Change committee, Ms Rudd was vague about the future of the existing subsidies for all renewables.

She said news on the review of Feed-in Tariffs, which support smaller and medium-sized projects, would come shortly.

But she would not confirm whether there would be another auction round for Contracts for Difference (CfD), the new system for subsidising larger installations.

Ms Rudd said onshore wind would not be included in any new CfD auction.

“We will be making announcements shortly in order to clear up for industry what will be available and what won’t,” she said.

“We need to get more clarity about this, but it is taking time to find out what funds are available, what is ongoing and always keeping an eye on consumers’ bills.”

Ms Rudd was facing examination on priorities for the Department of Energy and Climate Change in 2015.

She said her three goals were keeping the lights on, keeping consumers’ energy bills as low as possible and meeting carbon reduction targets.

Ms Rudd admitted that carbon-cutting goals were more important than any aims on renewable energy.

On other issues, she said shale gas would be a part of the UK’s energy mix and acknowledged there was uncertainty about the future of the Renewable Heat Incentive (RHI).