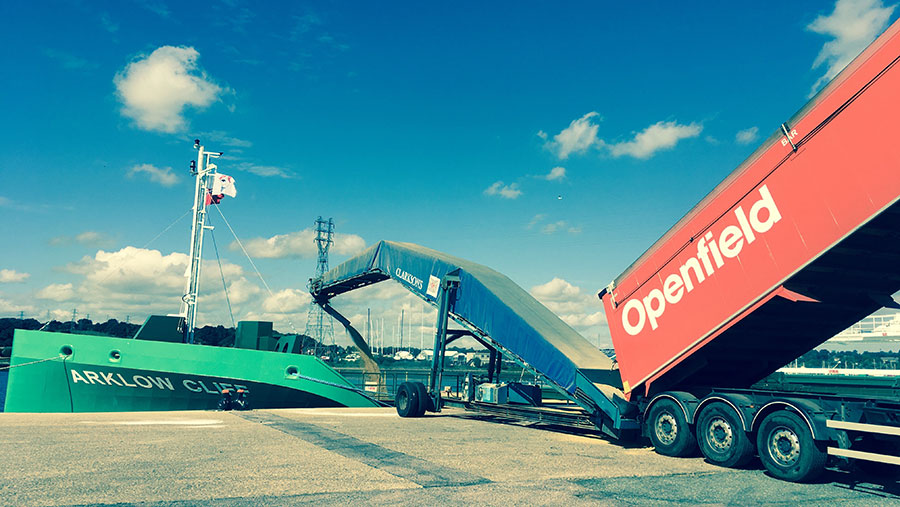 Farmer co-op Openfield has got exports off to a flying start this season, with 10 boats loaded with 40,000t of new crop barley and oilseed rape since harvest began.

The first new crop feed barley shipment was loaded at Ipswich, Suffolk, on 14 July with more than 4,200t from farms across East Anglia. Shipments have also been made from Portbury, Bristol, and King’s Lynn, Norfolk.

See also: Business Clinic – are pulses worth it without pesticides

The Arklow Cape left Portbury on 20 July with 4,288t of feed barley from farms in Oxfordshire, Gloucestershire and Wiltshire bound for Londonderry, Northern Ireland.

The Arklow Cliff (pictured) began loading her maiden voyage in Ipswich on Monday (31 July) with 4,200t of East Anglian feed barley for Spain. Loading completes Tuesday (1 August) and the cargo will arrive in northern Spain by the end of this week.