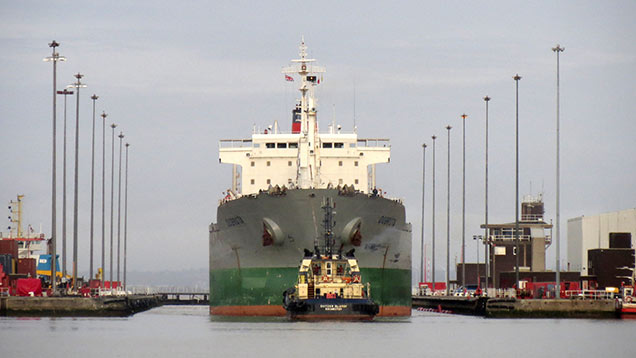 A 25,000t shipment of British oilseed rape has left the UK for Turkey.

Openfield has claimed its load could be the biggest of its kind over the last 20 years.

The oilseed rape was loaded in Bristol on to the MV Dobrota, a ship 10 times larger than those that usually head into continental Europe.

Openfield head of oilseeds John Thorpe said shipments of this size were essential.

“This sale was negotiated some time ago, but its importance in helping move the exportable surplus is highly evident,” he said.

“The strong pound, which recently hit an eight-year high against the euro, means the UK is struggling to be competitive in our nearby markets along the Rhine.”

But a HGCA report said oilseed rape exports were almost two times higher at the same stage in the 2012-13 season, when the crop was similarly sized.

“This season, however, the EU harvest a record rapeseed crop and given that most UK rapeseed exports are shipped to the EU, the challenge faced becomes more apparent,” AHDB/HGCA senior analyst Amandeep Kaur Purewal said.