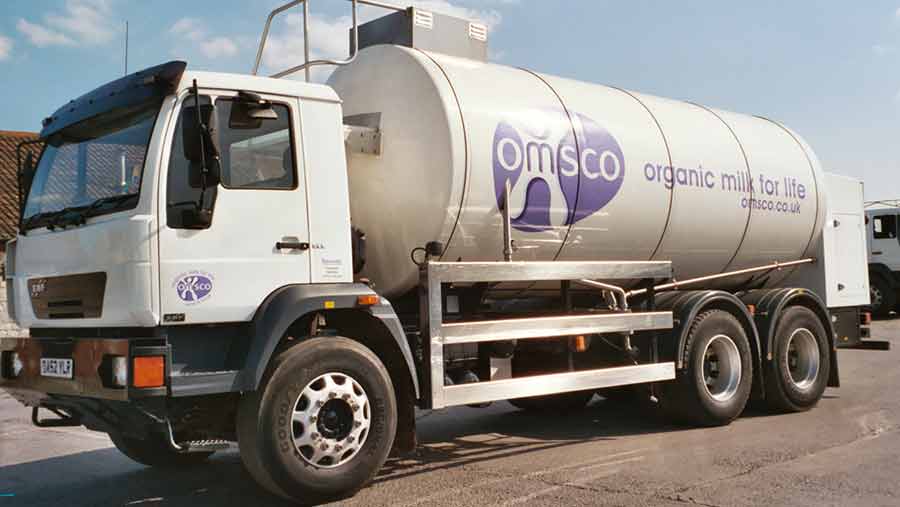 Organic dairy had its crisis moment in 2008-09, when a rush of new producers saw milk supplies surge and the financial crash cripple organic sales.

Since then, the sector has worked hard to match supply with demand, build value through brands, develop added-value products and reach new export markets.

Organic milk production in the UK has fallen by more than 25% in the past five years as farmers returned to conventional dairying, but the decline halted in 2014.

Omsco is owned by 200 UK farmers who produce about 250m litres, close to two-thirds of the country’s organic milk supply.

The co-op’s recent organic milk market report for 2015 showed a divided picture. Brands, along with exports and added-value lines, are outperforming own-label products.

One answer for Omsco has been to look abroad. It is the only EU business certified to export organic dairy products to the USA, where the market for processed products is growing quickly.

With US co-op Organic Valley running sales and marketing, Omsco has been selling branded cheddar across the Atlantic since 2013. In January it started selling specialist ingredients too.

Omsco’s premium pool of farmers, who work to meet the stringent US standards, has doubled from 5% of the co-op’s milk supply to 10%. Those farmers get a 5p/litre bonus on their milk price.

Omsco chief operating officer Richard Hampton says US certification requires a lot of extra effort, such as strict sourcing of the cow’s diet. But he says the farmer group and the whole co-op benefit.

“There is a substantial farmgate premium paid to the producers, because the milk is worth a lot more because of where it goes,” he says.

“Organic farmers have held back expansion for a number of years. There is plenty of expansion potential and they will cover the growth needs of the market in the short term.”
Richard Hampton, Omsco

“Not only does it have to pay a premium for the producers in the pool, but an incremental return for the remaining members of the co-op. This programme cannot happen without the support of the wider co-op.”

Branded sales of organic liquid milk rose 6.3% last year by volume. At the same time, own-label fell 1.5%.
Omsco does not own factories but works with partners, such as one of the biggest organic names in the UK, Yeo Valley. But Mr Hampton says these added-value projects are just one part of a plan to protect farmers and the co-op from commoditisation and volatility.

“Our strategy is not to focus on brands and exports at the expense of own-label, but to do everything,” he says.

“The strategy is about market diversity. That won’t remove volatility – diversity is about not having all our eggs in one basket.”

In the conventional market, supermarkets are attracting attention for their drastic price cutting to counter the rise of discount stores Aldi and Lidl.

Omsco is confident shoppers will trade up to organic milk if it is given more space on the supermarket shelf.

Sales have still grown, despite a widening retail price gap between organic and conventional milk distribution falling and promotions being cut back.

“I see the current price war as an opportunity rather than a threat,” Mr Hampton says.

“Retailers will do what they need to do in terms of competitive position in the standard conventional market.

But that also means they have a need to enhance category returns to help people trade up to higher value products as much as possible.”

The last organic milk crash was caused by oversupply. To manage supplies, the co-op had an internal quota system for several years, an A and B contract that paid a stable price for a set volume and a moving market return for any extra.

With flatter organic milk supplies that restriction has been removed, though the model is now being applied in the wider dairy industry as it prepares for milk quota abolition in the spring.

Omsco is not pushing for more farmers to convert to organic, as existing producers can expand to meet the steady growth. The demand for organic milk is fairly level, as the decline in own-label sales is offset by better performing exports and brands.

Mr Hampton says any recovery in own-label liquid sales would be a “game-changer” that could lead to greater growth.

“The market has a history of boom and bust. Last time [in 2008-09] effectively the market took in 50% more supply over about a year. It never happens in a trickle.

“[Organic farmers] have held back expansion for a number of years. There is plenty of expansion potential and they will cover the growth needs of the market in the short term.”

Organic ‘is not just about price’

For dairy farmer Adam Westaway, producing milk organically is both an ethical and a business choice.

He milks 80 cows, mainly British Friesians, on his 114ha part-owned farm outside Chumleigh in Devon. He is proud of the herd’s longevity, with one-fifth of the cows more than 10 years old.

The third-generation farm started organic conversion in 1998 and Mr Westaway has been an Omsco member for 16 years.

“Being a smaller farmer, it looked like a good way to diversify and get into what was then a niche market,” Mr Westaway says.

The organic market crash in 2008-09 was a time for reflection for Mr Westaway. As the organic premium was eroded, many farmers switched back to conventional production, but he chose to stick it out.

He says he stayed organic because consumers still wanted the products. “Organic farming is not just about price. It is about the ethos and way of life. It is producing a product you believe in, that you don’t forget about when it leaves the farm gate.

“It actually gave us time to focus our minds and to make business decisions based on being as efficient as possible and being there right through the tough times, so when we got to the good times it paid off.”

Mr Westaway is in Omsco’s new dedicated US milk pool. He says the tougher organic standards require more time and effort, but it is covered by the bonus he receives.

With Omsco looking to expand that group further, he is now hoping to grow his herd.

“With the premium pool it is nice to have a challenge and something you can focus on. When you are farming organically, new challenges come up the whole time.”