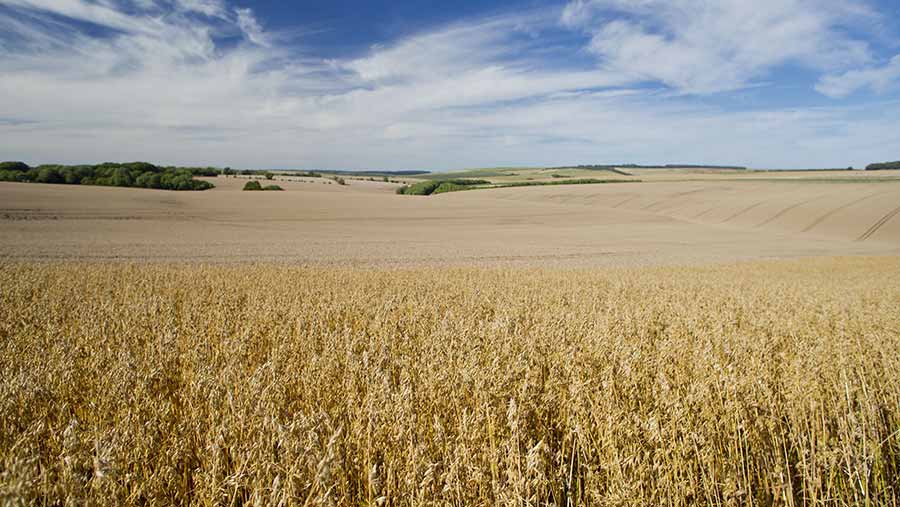 The amount of land in organic farming production has increased for the first time in more than six years, government figures show.

That figure includes 32,600ha of land that is in conversion from conventional production.

Overall the figures show the organic sector is dominated by livestock and mixed farms, with almost two-thirds (64%) of the area classified as grassland.

The proportion of land under organic cereal production also fell. Defra’s figures showed 7% of UK organic land was used to grow cereals in 2017, a decline of 2.6% to 37,400ha.

But this figure is expected to return to its pre-2016 level over the next 12 months, with 2,000ha currently under conversion from conventionally farmed systems.

But they called for more arable farmers to join the sector and help meet growing demand.

Organic Farmers and Growers (OF&G) chief executive Roger Kerr said: “More shoppers than ever are looking to buy organic food, and with figures showing a 29.4% increase in UK land currently under organic conversion, it suggests more land will become fully organic in the coming years, which is hugely positive for the sector.”

“This and other details where the market is not sufficiently supporting UK organic food production can be helped by further government support to help develop this vital part of the UK farming landscape,” Mr Kerr said.

The organisation said it was concerned about a shortage of production in the arable sector – in particular for animal feed.

“As the UK organic food market continues to grow – with meat, fish and poultry sales up 4.1% in 2017 – so too does the demand for organic animal feed,” a Soil Association statement said.