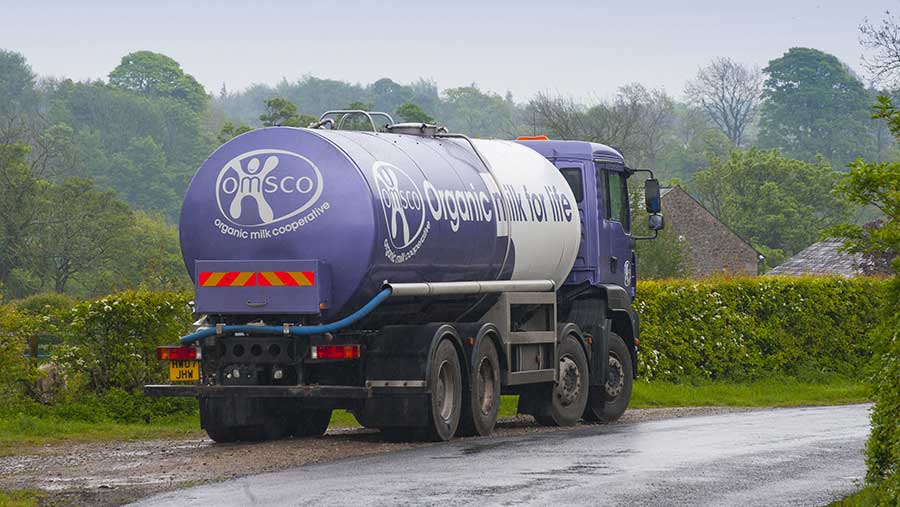 Supermarket sales of organic milk have bounced back after a tough couple of years, according to the Organic Milk Suppliers Cooperative (Omsco) milk market report.

Omsco’s annual report shows UK organic milk volumes rose by 4.4% in 2016, in contrast to the conventional milk category, which saw volumes fall by 1.9% during the same period.

The increase is being attributed to a recovery in the organic milk market, following a period where sales eased back in response to significant falls in the price of conventional milk.

It highlights there was a 15% increase in household penetration over the year, with one in four households now purchasing organic milk.

“This is despite it being a private-label dominated category, and therefore subject to less advertising and innovation that other growth milk segments such as dairy alternatives and filtered milk, and increasing premiums as conventional prices fell.”

But Mr Hampton warned growth in the UK dairy sector was still behind other key international markets – although this had, and should continue to, offer opportunities in terms of exports.

For example, the US market for organics is growing 10% year-on-year and there is a significant reliance on imports to meet this demand.

There is also thought to be a substantial opportunity for exports to the Nordics where consumers typically like UK products and there is some of the highest per capita spending on organics in the world.

“Over the past 10 years, exports have grown from zero to 20% of UK organic milk sales.

Mr Hamptons said export expansion had been constrained by a lack of milk, but new organic supplies were due to emerge in 2017 and 2018 which would enable the sector to seize these opportunities.

“We expect the UK to be able to cover growing UK demand and export opportunities without there being a requirement for further milk at this stage,” he added.