Crop yields this harvest have generally been disappointing compared with the 2015 campaign. Twelve months ago, many farmers had a harvest of record-breaking or at least well-above-average yields.

However, this was against a backdrop of very disappointing combinable crop prices, with feed wheat trading at or below £100/t.

Since then, little has changed in terms of fundamental factors, says Andersons Midlands partner Sebastian Graff-Baker.

See also: BPS payment payments – what you need to know

“Looking at current supply and demand and stock figures, there is very little in prospect that might lead to a significant increase in ex-farm crop prices,” Mr Graff-Baker says.

“The recent increases we have seen – for example, around £20/t on the value of feed wheat – are almost entirely a result of exchange rate moves.”

At least this uplift has given growers the chance to sell at a reasonable price, both spot and forward, that will hopefully deliver a small profit rather than a significant loss, he adds.

The world has plenty of grain and global cereals markets will remain well supplied.

The Chicago wheat price hit its lowest point since 2006 in the autumn.

“This time last year we were forecasting a price for feed wheat of £120-125/t might become the norm.

That currently seems a bit low, but the point is that price fluctuations of at least £30-40/t are now the norm within and between seasons.”

Oilseed rape prospects currently appear more buoyant, he says. “A large proportion has been written off this autumn because of drought and flea beetle. Some growers are questioning the crop’s viability, while others have already dropped it from their rotation. 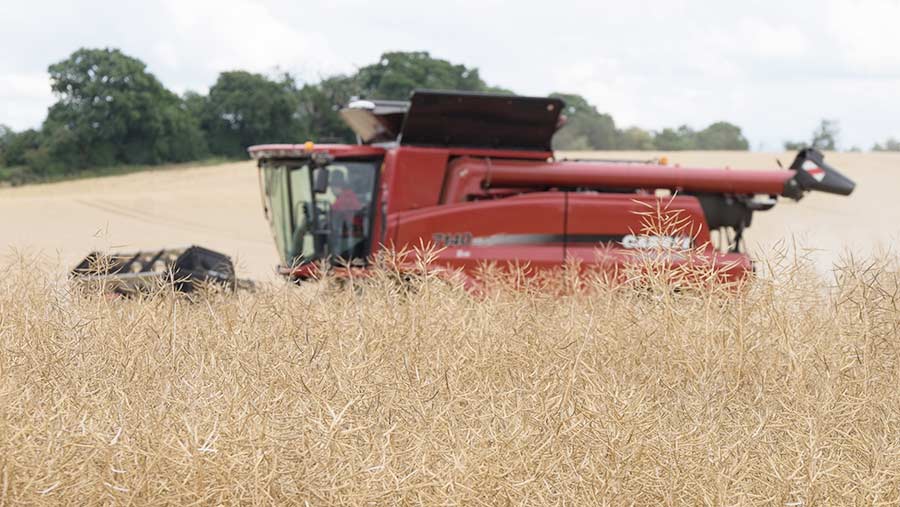 “On the other hand, there are some very good crops and they could outperform wheat this coming harvest. However, the market is almost entirely currency driven. While this is keeping imports out at the moment, anything could happen with exchange rates between now and next harvest.”

Pulses are unlikely to surprise, he adds. “If you can achieve human-consumption grades you will do substantially better than the animal feed market, but overall returns are likely to be relatively modest.”

The flipside of sterling’s devaluation is that inputs priced in dollars or euros – such as fuel, agrochemicals and particularly machinery – are likely to rise, says Mr Graff-Baker.

“Most equipment is produced overseas and will show an empirical rise in price on the back of currency movements. On top of this, machinery costs tend to increase in line with inflation.”

There are a several key areas that remain crucial to success in what will be an ever more volatile marketplace for combinable crop production, he notes.

Land selection and being flexible about which areas to crop remain vital. “Technology can be used effectively to identify which areas of your farm deliver the profit and those which consistently disappoint.

“Farmers need to assess why poor areas underperform and determine whether they can be fixed. That may be relatively simple – if a result of poor drainage, compaction, vermin, shading or under-liming, for example.

“If they are inherently infertile, it might be better not to crop them at all. If they haven’t made money in the past few years, it’s unlikely that gambling on a higher yield or price this time around will pay.”

Flexibility is also vital in determining crop rotation and enterprise mix, he adds. “If there is a serious grassweed problem in one area of the farm, this will almost certainly demand a different approach in terms of cropping (autumn or spring) and cultivation techniques – for example, selective use of the plough or minimal surface disturbance.”

The problem could be even more acute on some farms this season, as the dry autumn meant less blackgrass than usual germinated before drilling.

Many growers may yet again have to balance the cost of growing heavily infested crops with the likely return come next harvest, says Mr Graff Baker.

Management plans for the the growing season will need to adapt to situations such as these as they unfold, he adds.

“As always, the key to profitability will be balancing output potential with the costs of producing the crop. A high-input, high-output approach does not always consistently deliver greatest profit, highlighted to many this year with somewhat ‘average’ results.

“I fear with some large businesses this has become the norm as a blanket approach, rather than retaining that level of detail required to manage costs more effectively.” 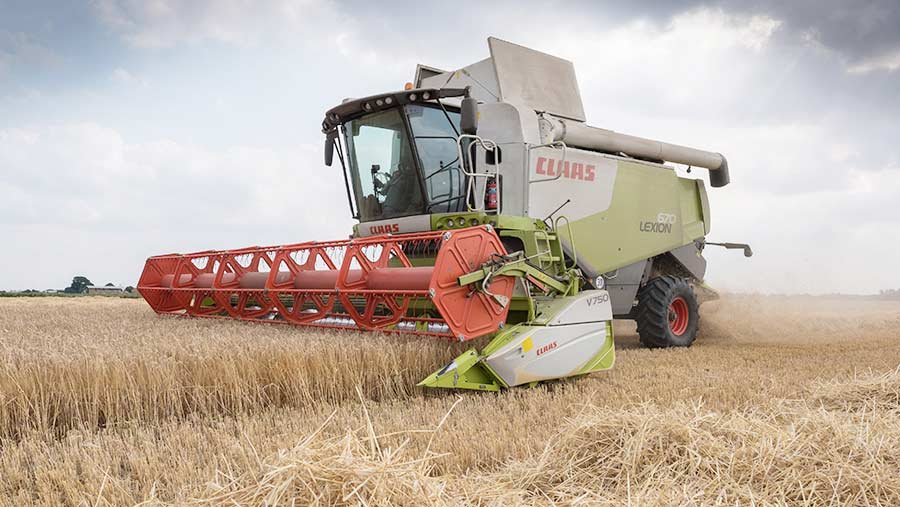 Deploying, high-tech, high-horsepower machinery is expensive, he adds. Any realistic opportunity to share those highly valuable but expensive resources can be hugely rewarding to the bottom line.

“While not always easy, a flexible approach can undoubtedly offer significant cost savings.”

Growers should cast a critical eye over their cropping strategies, he adds. “Is there too much focus on autumn cropping? This requires powerful machinery and plenty of skilled labour over a very tight timeframe, pushing up costs.

As a rule of thumb, labour and machinery costs should not exceed 35% of output, and the target should be 30%.”

Overall, autumn drilling commits the grower to an operational cost spend (variable and overheads net of rent) of £800-£1,000/ha, says Mr Graff-Baker. Assuming a 9t/ha crop, that means it costs about £90-£110/t to grow it.

“That’s for a relatively high-yielding crop. There will be many that don’t achieve that output, and the cost of production will rise accordingly.

If you anticipate a crop has little prospect of contributing to profit, or even making a loss, an alternative approach should be sought.”

Spring crops might be lower-yielding than their winter counterparts, but operational costs are also lower, ranging from £600-£900/ha. Spring cropping becomes especially attractive if it helps shed labour and machinery costs.

In addition, as technology and techniques develop to make spring cropping an option even on heavier land, it is becoming a serious consideration for growers affected by blackgrass, which is increasingly difficult to control, Mr Graff-Baker notes.

Advances in precision farming and innovation have been significant and a range of technology now offers growers far better information about the productivity and potential profitability of their farm land, says Mr Graff-Baker.

“However, we are only at the beginning of using this data to help formulate successful combinable crop strategies. For some it has become an interesting distraction that sometimes offers little additional value other than consuming management time.”

Many farmers remain unconvinced about what the technology can deliver, he adds. “Our advice would be to do you homework, and instigate measures step by step, rather than trying to do too much at once.”

However farmers go about it, de-risking the business will be key to coping with the unpredictable times that lie ahead, says Mr Graff-Baker.

“There is no doubt we are in for a significant change with Brexit, despite it offering a short-term currency gain so far.

“With volatility very much here to stay, the ability to make challenging decisions, coupled with flexibility and imagination, will be vital to future success in this sector.”

The FWi outlook articles are based on Andersons Outlook 2017. Copies of the full publication can be downloaded from www.andersons.co.uk by clicking on “Publications & Events”. Alternatively, request a printed copy by telephoning 01664 503200.

Andersons is running a series of seminars in the spring looking at the prospects for UK agriculture in greater detail.

For more information please go to The Andersons Centre website