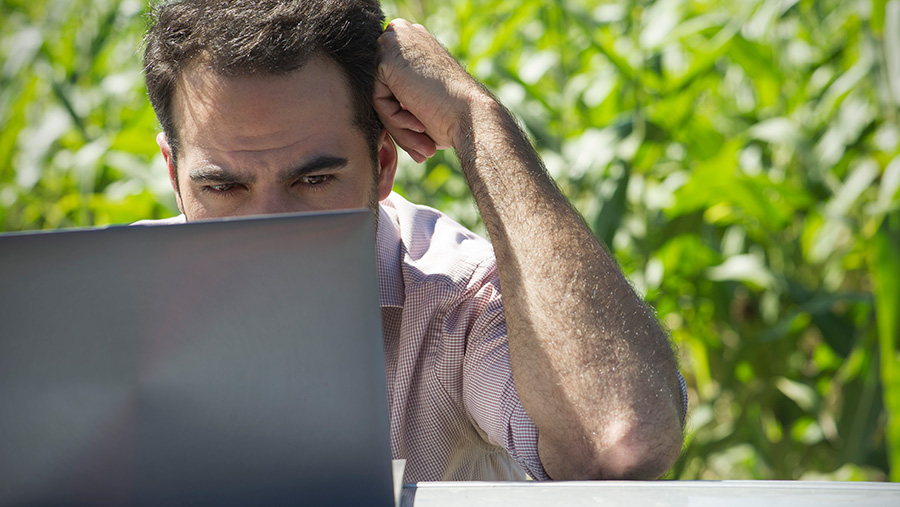 A decision to scrap a two-stage appeals process for farmers who challenge any decisions over their area-based payments claim has left the Ulster Farmers’ Union “outraged”.

The Department for Agriculture, Environment and Rural Affairs (DAERA) is planning to move to a single-stage review process in Northern Ireland from April 2018 in order to speed up decision-making and reduce uncertainty for claimants.

But the UFU has branded the move “tyrannical” and questioned how farmers can be sure they will get a fair hearing given their cases will be heard by people who work for DAERA.

It has called on the government to rethink its plans, arguing that scrapping the right to an independent appeal is a slap in the face for farmers.

Barclay Bell, UFU president, said the move showed disregard for farmers, with the UFU making its opposition clear during a consultation last year.

“I can’t remember the last time I heard of a farmer winning a first stage appeal,” he said.

“It’s an approach that stacks the deck in favour of DAERA.

“Farmers can kiss goodbye to fairness, transparency, and independence. This is a disgraceful decision by officials now free of political oversight.”

Mr Bell claimed that DAERA took the decision immediately after the consultation closed last summer, begging the question as to whether it even considered the responses.

He accused DAERA of mounting a “paper exercise” with its mind already made up about the way ahead.

But DAERA described the comments made by the UFU as “unfounded and inaccurate.”

A spokesman pointed out the current two-stage process had been subject to much criticism, not least from the UFU, and the consultation document issued last year had been in response to these criticisms.

The UFU had also helped to shape the proposals that were published within the consultation through its involvement with an informal pre-consultation exercise.

“The new process will offer greatly improved engagement with individual farmers about the details of their case, will keep them much more informed of progress and they will receive a clearer explanation of the decisions that have been reached,” he said.

“It will result in faster decisions, whilst maintaining fair, impartial and transparent consideration of the applicant’s grounds for review.”

The spokesman said the department carefully considered all comments received during the consultation and amended the proposals to take consultee views into account.

“For example, in response to the views of consultees, including the UFU, the new process will allow farmers up to 60 days to submit an application rather than the current 42 days.”

To address concerns of independence within the process, DAERA has promised to introduce additional monitoring and quality assurance by line management, which will be independent of the inspection process.

The appeals process in England, Scotland and Wales varies, but farmers do have the right to appeal through an independent body.