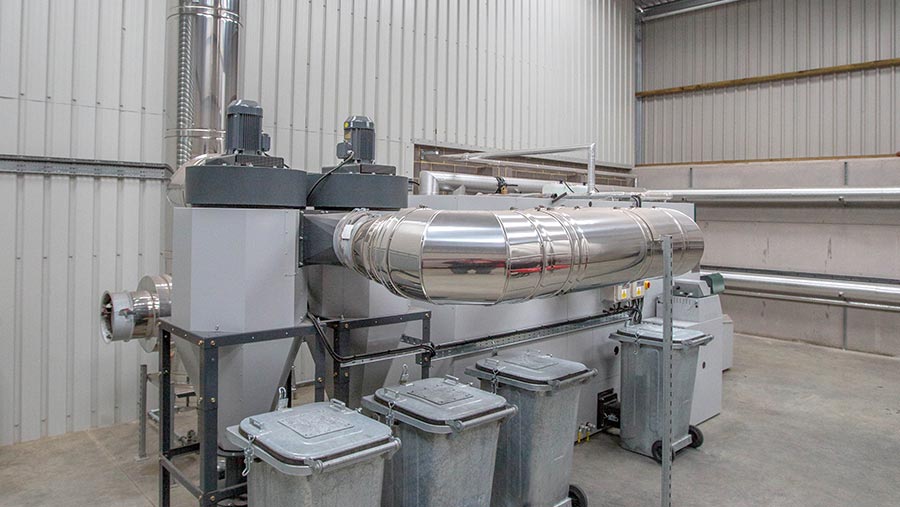 The Department for the Economy (DfE) has published new proposals that would see tariffs reduced from April 2019, taking annual payments for a biomass boiler down by about £10,000 per boiler to £2,000.

It is estimated that farmers on equivalent schemes in Great Britain and the Republic of Ireland will continue to receive about £20,000 a year.

The Ulster Farmers’ Union said it was outraged by plans to slash the rates 24 months after the initial introduction of reduced RHI rates.

The DfE has suggested that a new set of tariffs should be introduced for all small and medium-sized biomass boilers, retaining the tiered payment structure that was introduced in 2017.

This would mean that RHI payments would be limited to 1.2p/kWh for the first 1,314 hours on medium-sized (100kW to 199kW) biomass boilers, reducing to zero thereafter.

“If these further steep cuts come into effect many farmers, in particular poultry farmers, will be facing dramatic cashflow issues,” he said.

“The proposed cuts have the potential to decimate hundreds of Northern Ireland’s farming businesses.”

A payment of just £2,000 per boiler was completely unsustainable and did not account for loan repayments, maintenance or fuel.

“Farmers in Great Britain and the Republic of Ireland will be able to produce birds at a much lower cost, making them more competitive in the market place.”

The DfE said the proposed tariffs have been set to deliver a 12% rate of return and had been put forward as they were expected to be affordable within the budget allocated from HM Treasury.

It recognised that the target rate of return would not be possible for “a small number” of installations with low usage requirements or high capital costs and so these participants would be given the option to take a one-off cash payment under a voluntary buy-out scheme.

It added: “While the responses to the public consultation suggested that amendments to tariff levels could have negative financial consequences for the scheme participants, there was limited evidence provided that this had occurred to date or would not be due to other factors.”

The UFU is seeking urgent meetings with the NI Secretary of State and MPs at Westminster to discuss the issue further.