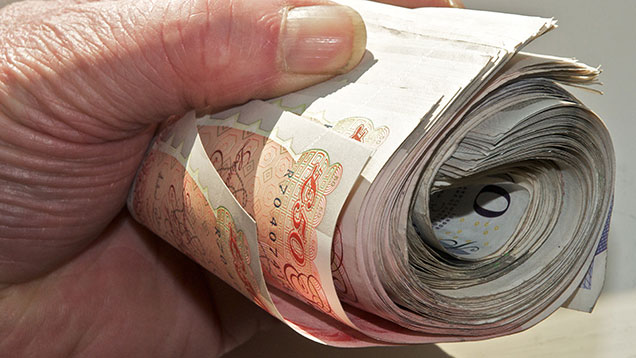 Farm consultants are warning that they are seeing worrying numbers of Basic Payment Scheme (BPS) underpayments in England, some of which run to tens of thousands of pounds.

Farmers are being urged to check their remittance advice and claim statements carefully, as advisers who deal with multiple applications  finding mistakes are not unusual.

Claim statements, along with guidance on how the payments have been calculated, have started to be sent to farmers this week.

James Goodson, agribusiness consultant and partner with Fisher German, said of nine claims he had seen which were paid recently, only two looked to be correct.

“Cashflows are on the limit at the moment and when you are anticipating a certain payment, it is a shock.

Mr Goodson said it was difficult to establish the scale of the problem at this stage as the remittance advice was sent to the farmer, rather than the agent who submitted the form.

In the past week he had written to all clients with an estimation of what he thought they should have been paid, asking them to get in touch if there was a variance. Six had already been in touch.

“Some might be a couple of hundred pounds out, but others run into the thousands. I can’t say for sure how many are affected, but at the moment I think it could be 35-40%.”

Advice on checking a claim

All 2015 payment rates are paid at an exchange rate of £0.73129. Payments are subject to a 1.393041% deduction because of financial discipline. This means that entitlements, assuming that all greening conditions have been met, should be worth approximately:

Farmers who would like to check their figures more closely can also email james.goodson@fishergerman.co.uk to receive a simple spreadsheet by email.

Many seemed to be where people had purchased entitlements or taken on extra land, she said.

“For a lot of them you can see what the error is. For example, if the farmer usually claims 100ha, but they were expecting a payment for 120ha because they took on more land last year, then the shortfall in payment is usually that 20ha.”

Brown & Co said its current estimation is that 20% of its clients have received lower-than-expected payments.

The Rural Payments Agency admitted in December 2015 that there were some claims which would need to have their payments adjusted upwards as a result of errors with entitlement transfers.

However, at that stage it was claiming that only small numbers of farmers would be affected.

An agency spokesman said given the economic challenges facing the farming industry, it had focused on making payments from the opening of the payment window on 1 December.

“In the first year of this new scheme, with additional requirements for farmers and changes in both the exchange rate and entitlement values calculations, there will be expected differences in the level of payments made.

“We will take necessary steps to make any adjustments that are needed in due course, but our focus now remains on paying as many farmers as possible.”

Asked if farmers would receive interest on the money still owed to them, the spokesman added: “We will not be paying interest. The payment window runs through to the end of June 2016.”