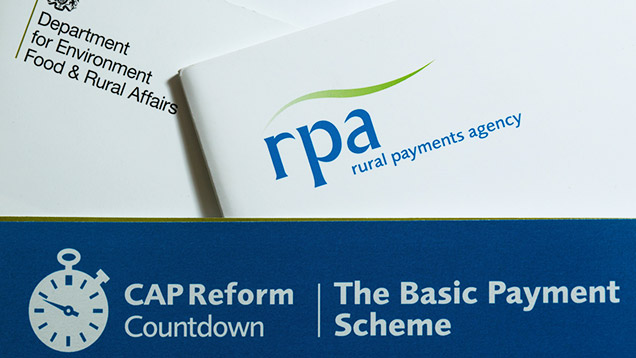 Now the BPS submission deadline of 15 June 2015 has passed, Alice De Soer from the Central Association of Agricultural Valuers (CAAV) gives some useful reminders about key dates and action to be taken for the remainder of 2015.

You can post your application (Rural Payments, PO Box 352, Worksop, S80 9FG) or hand-deliver it to one of the six main RPA Drop-in Centres that are remaining open until 10 July (Newcastle, Carlisle, Workington, York, Reading and Exeter).

How do I amend my BPS 2015 application?
You can amend your application to increase your 2015 claim, for example, by adding fields or increasing a field area, up to midnight on 10 July 2015. Any amendment that increases your BPS 2015 claim value will have a penalty applied of 1% per working day that it’s late, but only to the part of your claim that you have altered.

If the amendment won’t increase your BPS 2015 claim value, you can do that at any time during the year and no penalties will be applied as long as you submitted your BPS application by midnight on 15 June 2015. To use this amendment route, you can’t have already been told about the issue by the RPA or notified about an RPA inspection.

To amend your claim, tell the RPA in writing – this can be done by post or sent via email (ruralpayments@defra.gsi.gov.uk) but must be signed by someone with the correct permissions on the Rural Payments system.

How can I check my BPS 2015 application has been received by the RPA?
If you posted your BPS application, you should have received a receipt from the RPA within five working days of sending it. To check, phone the Rural Payments helpline (03000 200 301) and use the automated service, entering your SBI.

If the land won’t be eligible for the duration of 2015, you need to amend your BPS application. If you then have less eligible land than the number of entitlements you held on 15 June 2015, you will lose the excess of entitlements.

What do I need to do if I am selling or letting out land that was included in my BPS 2015 application?
If land that you claimed for BPS 2015 is sold or let out, the main BPS issues to watch for are: land eligibility, EFA and cross compliance.

The land needs to remain eligible for the rest of 2015. As the EFA fallow period ended on 30th June 2015, the key parts of EFA to be aware of are buffer strips and hedges, both of which must be present for the whole of 2015.

If catch/cover crops have been used for EFA, make sure the buyer or tenant meets the rules. If the RPA finds that land is not eligible or that EFA rules have not been met, your payment may be reduced and penalties applied.

For cross compliance, the rules for land transfers are different. If the RPA finds that the cross compliance requirements haven’t been met on land included on your BPS 2015 application because of something the buyer or tenant has done later in the year, their BPS 2015 payment should be reduced, not yours. They do need to have claimed BPS 2015. If they haven’t, the payment reduction could be applied to your BPS payment.