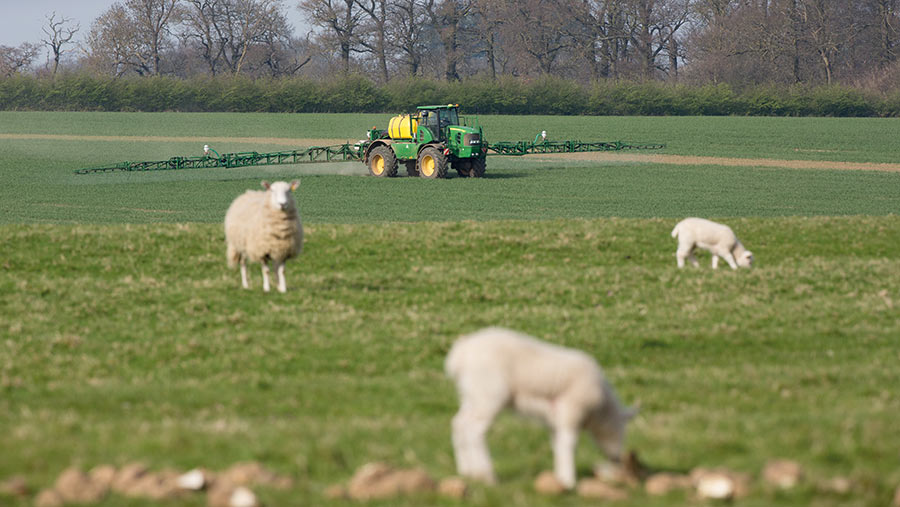 Exeter-based Townsend Chartered Surveyors said that up until 28 April, the average price for the non-SDA entitlements it has traded has been just over £50/ha higher than in 2020.

Hugh Townsend said the price had fluctuated at points over the past few weeks, but his figures showed that while quite a lot of trade had been completed at £90-£100/ha last year, this year prices had been averaging £156 (plus VAT).

“Generally, we have had half the number of vendors registered compared with last year, so supply has been down,” he said.

“We have pretty constantly had double the number of purchasers registered than vendors, so prices have been a lot higher.”

Mr Townsend said the lack of supply appeared to be down to talk of a proposed retirement/exit scheme and the two-year usage rule being abolished.

Variability according to block sizes

George King of WebbPaton said trade had been pretty steady since mid-March and he was seeing prices of about £150/ha (plus VAT) for smaller blocks, although this could shoot up to £190-£200/ha for people looking to buy a single entitlement.

Larger blocks of entitlements were selling for about £130/ha (plus VAT), he said.

“It can be variable and will depend on which agency you speak to. But it is a bit of a surprise, as we expected things to be a bit lower in relation to BPS being phased out.

“It’s hard to say at the moment why, although an element of it might be that people are perhaps looking to next year’s capitalisation of payments.”

Ian Potter of Ian Potter Marketing Services reported trade had been very busy in recent weeks, but the market was fairly well balanced for non-SDA entitlements, which were selling for about £130-£140/ha (plus VAT).

There was a more plentiful supply of SDA entitlements selling for about £170/ha (plus VAT).

It was always unpredictable when it came to how the season could end, he said. “But it has been very active and trading will continue up to and including 17 May.”

The deadline to make an application without penalty is 17 May in all regions of the UK.

NFU Scotland has warned the number of completed Single Application Forms (SAFs) submitted by Scottish farmers and crofters is ahead of 2019 levels, but lower than the number that had been received at this point last year.

NFU Scotland director of policy Jonnie Hall said: “The recent dry weather may have been a welcome distraction for many farmers and crofters who are yet to complete their 2021 SAF, but we cannot emphasise enough how important prioritising this annual application is.

“The deadline of 17 May is fast approaching, and we urge farmers and crofters to concentrate on completing their submission now rather than at the last minute.”