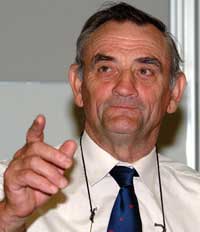 A Welsh farming union has warned farmers to check their Single Application Form statements for errors in a year when it says the form-filling complexity is greater than ever.

The warning comes just days before the deadline when late forms and corrections are automatically rejected.

Farmers’ Union of Wales president Gareth Vaughan said this year’s Positional Accuracy Improvement programme, a process which allows for greater absolute accuracy, has added significantly to the complexity of filling in SAF forms.

“Every year the FUW deals with penalties applied to members’ payments due to errors made on application forms and these can and do lead to people losing their entire annual income,” he warned.

Scanning errors also have the potential to delay payments. “It is therefore essential that people take the time to check their statements for accuracy. A good place to start is by looking at the amount of total forage area declared which can often alert farmers to obvious problems,” said Mr Vaughan.

Farmers who have yet to receive an acknowledgement of receipt of their IACS form from the Welsh Assembly Government should contact the relevant department as the form could have been lost.

From 31 May to 10 June amendments to add field parcels, change the use of land parcels, or changes to the claims made on land parcels will lead to a late submission penalty of 1% per working day. No amendments are accepted after 10 June 2011.