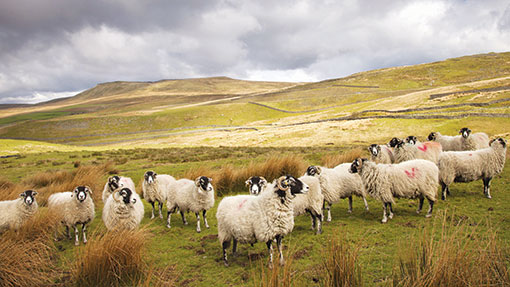 The Country Land and Business Association (CLA) has stepped into the debate on upland payments and stressed its support for boosting moorland payments under CAP reform.

The CLA said it agreed with DEFRA’s proposal that moorland payments should rise by 82% to compensate for the end of the upland stewardship scheme.

The CLA’s intervention in the debate follows weeks of discussion about the increase within the ranks of the NFU, which culminated in the union issuing a statement last week to clarify its stance on the issue.

The statement, published on Thursday (23 Feb), said the NFU was not opposed to an uplift in moorland payments, but it did want to see more information on the effect of an uplift before agreeing on the exact rate.

The CLA said taking a small percentage from the amounts paid to farmers in Severely Disadvantaged Areas and in the lowlands would allow an increase in the rates paid to moorland farmers.

CLA deputy president Ross Murray said: “We believe this is vital to make up for the loss of Upland Entry Level Stewardship to allow moorland farm businesses to remain viable.

“For many generations, the fragile nature of moorland farming has been recognised through the payment of additional support – and rightly so. Moorland businesses underpin the rural economy, environment and communities in these areas.

“The majority of our farming members who do not suffer the hardship of farming at altitude understand the need to help their counterparts up on the moorlands.”

Mr Murray added: “If we pull the rug from under the feet of moorland farmers, we face the huge question of who will look after these beautiful landscapes which currently bring many millions of pounds to these areas through tourism.”