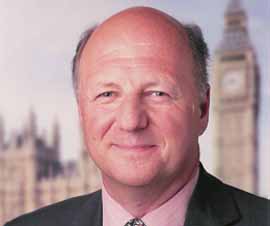 Farm minister Jim Paice has ruled out making partial payments to farmers still waiting for their 2010 single farm payments  – but has said manual payments of validated claims will be made to speed things up.

Farm leaders have been warning that thousands of farmers are facing cashflow problems as a result of payment delays and have been pushing for the Rural Payments Agency to making partial payments – bypassing the computer system if necessary.

But in a statement issued on Thursday (31 March) Mr Paice said partial payments had been ruled out because RPA analysis “suggests that this would not significantly increase the speed at which remaining claims are paid to farmers.

They would add disproportionately to the backlog of corrective work required and introduce additional risks of EU fines, he added.

However, Mr Paice announced that the agency had approved two decisions which should ensure that by the end of June less than 1% of the value of 2010 SPS payments would be outstanding.

“The first decision is that, after rigorous testing on a sample to ensure accuracy of the process, fully validated manual payments will be made to approximately 2,000 farmers under the 2010 scheme who would otherwise not be paid until after the payment window,” he said.

“These payments will be made over the next two months and take account of known entitlement corrections that have yet to be fully processed on the agency’s systems. Should there be any additional changes identified once payment has been made, the farmers concerned will be informed.

“The second decision relates to those remaining SPS 2010 payments where there are outstanding queries on earlier scheme years. Where the SPS 2010 claim has been fully validated, payment for that scheme year will now be made.

“Should any changes be identified for earlier scheme year payments in due course, the farmers concerned will be informed. RPA plan to complete the work required before the opening of the SPS 2011 payment window on 1 of December.

The RPA calculates that there are now in the region of 6,300 eligible claims remaining to be paid, with a combined value of around £215 million.

Mr Paice has also written to the directors of the main banks, asking them to alert their staff to the situation. He has asked them to be understanding in meeting reasonable requests by farmers for assistance.

Are you affected by the problems. How do you feel about Mr Paice’s statement?