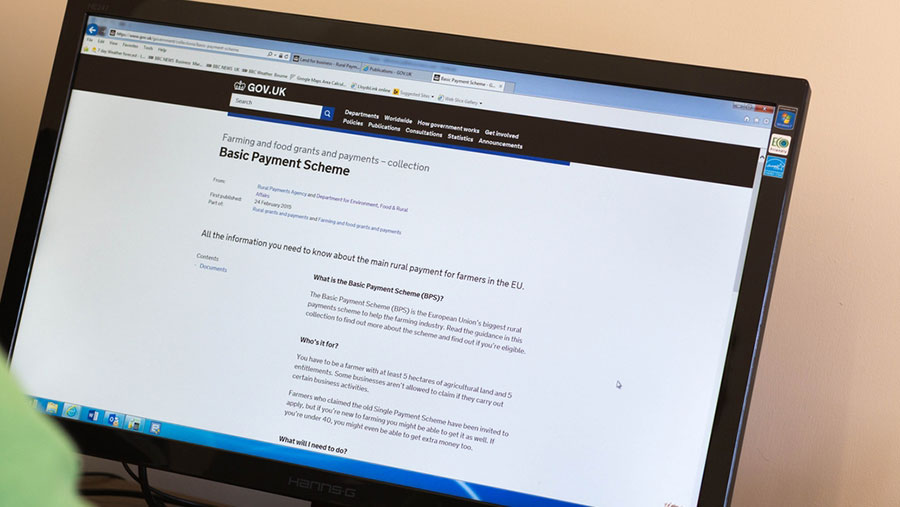 Farm leaders are demanding the Rural Payments Agency (RPA)  and Defra come clean about what is delaying basic payments to more than 10,000 farmers and on the level of underpayments against 2015 claims.

The RPA has not yet issued official figures for how many payments it made during March, but both the NFU and Country Land and Business Association (CLA) have claimed it looks to have missed its target of paying 92-95% of farmers by the end of the month.

The NFU estimates that fewer than 3,000 claimants were paid during March, which means there are 10,000-15,000 claims still outstanding.

See also: No April Food as RPA helpline goes down

The CLA said the agency needed to take “swift and decisive” action to sort out the problems.

CLA president Ross Murray said: “Communications appear to be an increasing problem. It is particularly disappointing to hear examples of farmers who received letters in March promising payment within three weeks that subsequently did not arrive.

”The failure to meet these commitments is causing serious issues for businesses that are already facing cashflow challenges in a difficult marketplace.

“We are also very concerned about the extent of BPS underpayments. Our fear is that the number of claimants who have been underpaid reaches into the tens of thousands and, in some extreme cases, the error amounts to more than 50%.”

NFU vice-president Guy Smith said the weekly failure of the RPA to get significant numbers of payments out was starting to feel like a bad soap opera.

“We call on Defra and the RPA to end this wall of silence and tell us what the problem is. If it is an IT problem they cannot fix then they need to urgently consider part-payments.

“As one of those still waiting to receive a payment a full 18 weeks after the opening of the payment window, I feel my patience has been tested beyond what is reasonable and I’ve been left in the dark longer than is acceptable.”

Mr Smith added that it was important that Defra made the necessary resource available to the RPA to sort the issue out.

“It has gone on too long. They can’t brush off the idea there isn’t a problem. There quite clearly is a problem.”