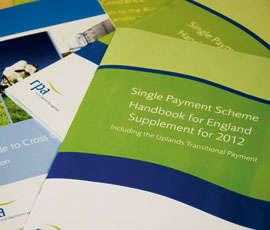 “We have seen prices rise slightly to £200-210/ha [English non-SDA entitlements] from the £190/ha vendors were achieving in August,” it said. “There is currently a good supply of entitlements on the market; however, demand is increasing and the surplus of potential purchasers threatens to increase prices further as the season continues.”

Factors influencing the market include whether current entitlements will be rolled on into the new Basic Payment Scheme, how many years’ claim there are in the current scheme, what level of modulation will apply in 2013 and exchange rates.

Any confirmation of a “roll on” was likely to drive prices up dramatically, suggested Townsends, while there have been hints from Brussels that 2014 could be a transition year whereby for the first year of allocations [of direct payments in the new CAP] the current scheme could be used.

Agreement of the EU budget will also have an impact on a decision on the CAP. Ministers are currently refusing to confirm CAP decisions without being certain about the budget, said the firm. “With the MEPs’ recent vote to delay agreement on CAP reform for three months, this now virtually rules out a new regime coming into force in 2014.”