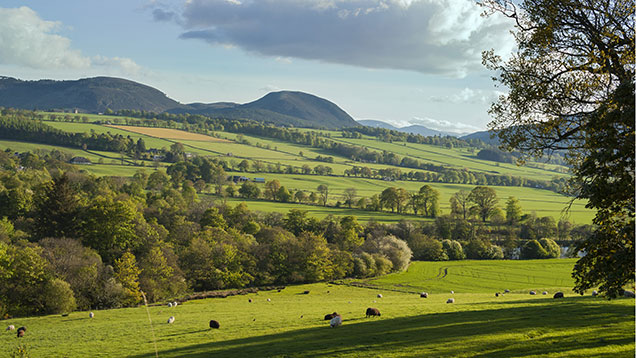 The Scottish government has been accused of “pushing the panic button” after it finally came up with extra money for cash-strapped farmers.

A botched £178m IT system means nearly half of the country’s farmers are still waiting for their share of £400m worth of BPS payments, which were supposed to begin arriving in December.

Now up to £200m of public funds will be used to provide cash support while delayed BPS claims are being processed, the Scottish government has announced.

Hundreds of Scottish farmers and crofters are planning to protest outside the Scottish Parliament in Edinburgh on Thursday (10 March) to highlight the “deepening cash crisis” in Scotland’s countryside, which has starved the rural economy of hundreds of millions of pounds.

By Monday (7 March), 10,164 first instalments – worth about 80% of basic and greening payments – had been made. This equates to almost 56% of eligible claims.

The Scottish government’s pledge means any farmers and crofters who have not received their first instalment by the end of March will automatically receive a cash advance out of the national fund, worth 80% of their BPS claim.

She said: “The transition to a new, more complex CAP that is affecting payment schedules right across Europe is happening as farmers and crofters are dealing with poor market prices and challenging weather conditions.

“We are less than halfway through the payment window allowed by Europe, and the majority of Scottish producers – more than 10,000 – have already received a subsidy payment. However, payments are not being made as quickly as we would like.

“I very much recognise the cashflow issues facing Scottish agriculture, which underpins our £14bn food and drink industry.

Scottish rural affairs Secretary Richard Lochhead confirmed that this would also enable Scottish Beef Scheme payments to be made in the middle of April, in line with previous years.

He said: “We are continuing efforts to speed up progress, such as taking on extra staff, but given the current difficulties facing Scottish agriculture, the Scottish government will use national funds to ensure farmers and crofters will receive support, totalling hundreds of millions of pounds, in the coming weeks.”

Both the Scottish Conservatives and NFU Scotland have called for a full and independent inquiry into BPS payment delays and the Scottish government’s “flawed” £178m IT system, which the union said was “not fit for purpose”.

The Scottish Conservatives accused ministers of panicking, and acting too late to help farmers.

“It’s taken far too long for the Scottish government to act, and that has hurt rural Scotland. It was first warned two years ago that this IT system was not fit for purpose, and that has proved to be the case.

“An extra £200m fund will not address that issue, and that is why we still need a full, independent inquiry into this. Although it has taken too long, we do welcome the support package, which appears to have come as a result of pressure from the Scottish Conservatives as well as the farming community.”

Speaking after meeting the first minister, NFU Scotland president Allan Bowie said: “The log jam has broken. For months, NFU Scotland has been looking for focused thinking and clear leadership from the Scottish government to resolve this farm payments crisis for the benefit of the whole rural economy.

“That meets many of the demands NFU Scotland has raised with the Scottish government as a direct result of the cashflow crisis that has emerged in recent months. I praise the efforts of all those farmers, crofters and trade representatives who have taken time to brief politicians in the past few weeks.

“The flawed IT system to deliver CAP payments, funded by £180m of taxpayers’ money, desperately needs to be addressed and investigated and that must happen in due course. Not least because the 2016 scheme is expected to open for electronic applications in a few days’ time.

“Right now, let’s focus on getting this vital money into circulation, fill the £300m hole that has been created in Scotland’s rural economy and let’s get Scotland’s farmers and crofters back to the job of producing food and doing business again with all those trades that rely on a thriving agricultural sector.”

Farmers and crofters who have submitted a basic, greening or Less Favoured Area Support Scheme (LFASS) application in 2015 will be sent a letter explaining what their government plans to do and what it means for them.

Applicants should read the terms and conditions in the letter carefully when it arrives. Any queries should be directed to the Rural Payments customer helpline on 0300 300 2222.